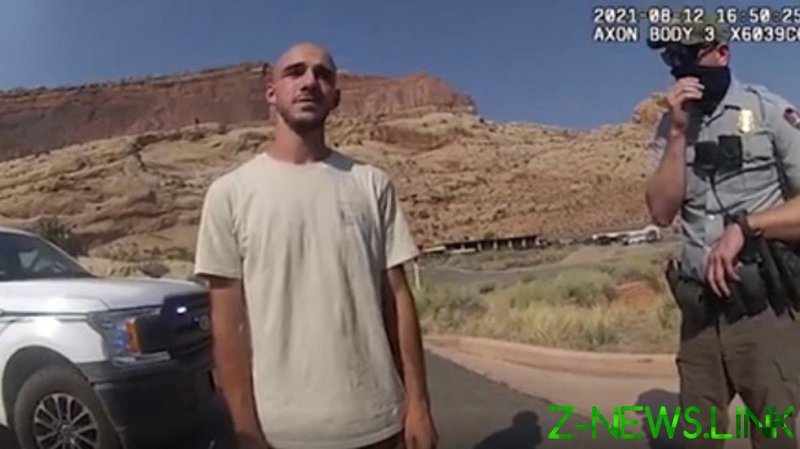 Laundrie and Petito were on a cross-country road trip, but he unexpectedly returned home by himself in early September. Petito’s body was later found in the Bridger-Teton National Forest in Wyoming. Her cause of death was eventually revealed to be strangulation.

The FBI has since gone looking for the 23-year-old Laundrie, but have not been able to locate him.

On Wednesday morning, however, his parents went to the Myakkahatchee Creek Environmental Park in Florida, where they were met by the FBI and local police, their attorney told WFLA-TV.

Local media also reported that the Sarasota County medical examiner has been called to the park, and spotted an investigation tent.

Laundrie’s parents told the authorities that their son went for a hike in the adjoining Carlton Reserve, on September 13 – six days before Petito’s body was discovered. That was the last time anyone saw the 23-year-old.

“Partial human remains” were found inside the Carlton Reserve, in a location previously under water, NBC news reported citing a “senior law enforcement official.” The remains were found near a backpack “consistent with the type of items” that might have belonged to Laundrie, but there is no official confirmation of that yet.

FBI Special Agent Michael McPherson announced that a “backpack and notebook” belonging to Laundrie were found near the possible human remains, but said no further details were forthcoming until the investigation is complete, and that the process might take several days.

While the media have labeled Laundrie as the prime suspect in Petito’s death, he is officially wanted for unauthorized use of a debit card, according to a grand jury indictment. He is also regarded as the sole ‘person of interest’ in her death.

Petito’s disappearance and the circumstances of her death quickly gained national media attention, then drew backlash from pundits who suggested the interest was down to race and “missing white woman syndrome.”

The couple’s social media presence – they were documenting their cross-country “van life” trip on Instagram and YouTube – may have drawn initial attention to Petito, while the subsequent coverage has been fueled by the unresolved questions about the case.