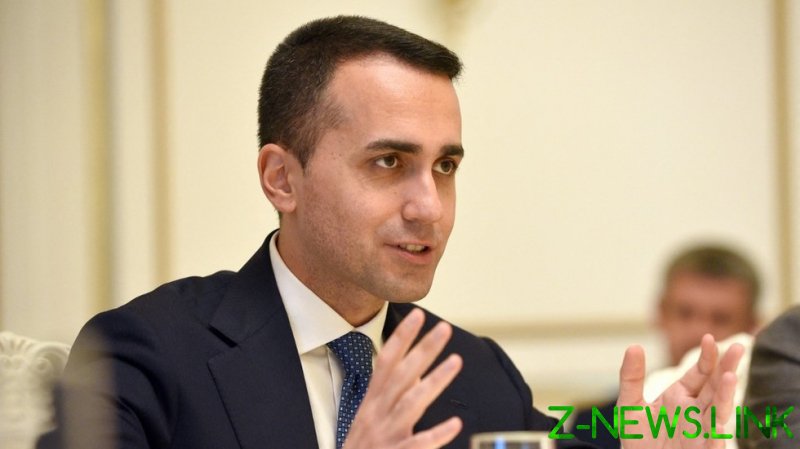 Italian Foreign Minister Luigi Di Maio has presented a peace plan for Ukraine to UN Secretary-General Antonio Guterres, La Repubblica reported. The plan, which would see Ukraine and Russia declare a ceasefire and resolve their territorial disputes under the supervision of international monitors, faces several stumbling blocks, including Kiev’s insistence on continuing the war.

Di Maio presented his plan to Guterres in New York on Wednesday, while its contents have also been shown to the leaders of the G7 and the Quint group (the US, UK, France, Germany and Italy), the Italian newspaper reported.

According to the report, the plan’s four stages would be completed in order, with each step testing the trust of the parties involved before the next one could be reached. 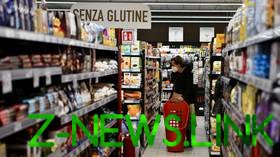 First would come a ceasefire and the demilitarization of the front line in Eastern Ukraine. From there, multilateral negotiations would ensue on Ukraine’s future international status – whether or not the country would join the EU and what form its neutrality would take. Thirdly, Ukraine and Russia would negotiate an agreement on the status of Crimea and the Donetsk and Lugansk People’s Republics. Kiev insists that these territories are all Ukrainian, while Crimea voted to join Russia in 2014, and Russia recognizes the independence of the two Donbass republics.

Finally, the plan calls for a multilateral agreement on peace and security in Europe, focusing on disarmament and arms control, as well as the withdrawal of Russian forces from the territory currently claimed by Ukraine.

Overseeing this effort would be an ‘International Facilitation Group,’ including EU countries and the UN. La Repubblica did not name all of the countries that would be involved, but speculated that a shortlist could include France, Germany, Italy, Turkey, the United States, China, Canada, the UK, Poland, and Israel. 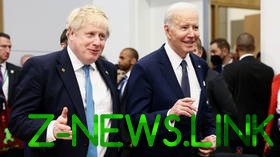 Kremlin spokesman Dmitry Peskov told reporters on Thursday that Moscow was unaware of the plan until it “learned of its existence in the media.” However, Peskov added that “the participation of anyone who can help reach an agreement is welcome,” and that “no one is refusing any kind of sincere effort.”

However, both Ukraine and some of the countries Di Maio shared his plan with have indicated that they may not be open to such a deal. Negotiations between Kiev and Moscow have broken down, and multiple hardliners within Volodymyr Zelensky’s government have stated that they would only accept the “capitulation of the Russian Federation.” Zelensky himself has stated that he is open to an agreement, but would not accept recognizing Crimea as Russian territory.

And while the leaders of Italy, France and Germany have all spoken to Russian President Vladimir Putin since the start of Russia’s military operation in February and have called for a negotiated peace, the UK has opposed “any negotiations with Russia.”

Prime Minister Boris Johnson told French President Emmanuel Macron last week that “Ukraine would win, supported with the right level of defensive military assistance.” During a visit to Kiev several days earlier, Johnson reportedly told Zelensky that even if the Ukrainian leader was willing to sign a deal with Russia, the West was not.

In Washington, the Biden administration remains set on pouring weapons into Ukraine, with recently-departed White House Press Secretary Jen Psaki stating last week that “we feel the most constructive role is to continue to support the Ukrainians’ hands at the negotiating table and support them militarily.” To that end, the administration has already sent nearly $4 billion worth of arms and ammunition to Ukraine since February, and is currently urging Congress to pass a $40 billion military and economic aid bill for Ukraine.