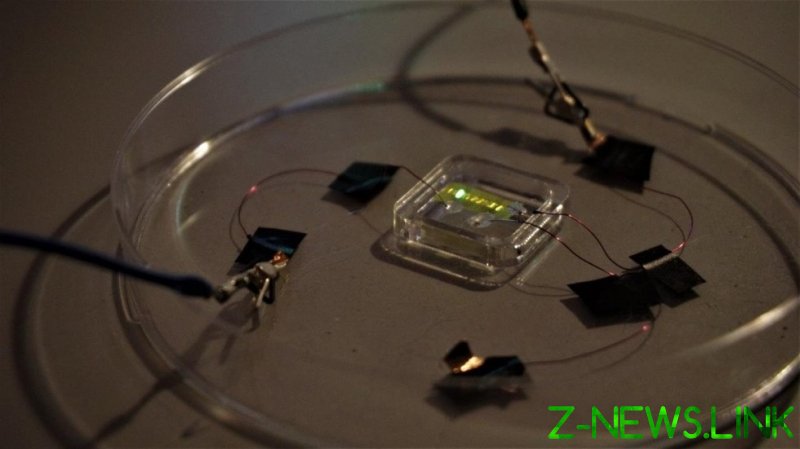 Researchers at UCL and the Italian Institute of Technology used the same basic principle as a temporary tattoo, which is transferred onto the skin by soaking and pressing, but combined it with OLED tech to produce the new devices.

When combined with other wearable technologies, the smart tattoos could emit light when an athlete is dehydrated or alert sunbathers of impending sunburn. They could also be used to alert when a product, such as food or medicine, has passed its expiration date.

“In sports, they could be combined with a sweat sensor to signal dehydration.”

The prototype still needs work, the researchers acknowledge, including protecting it for longer-term use and preventing it from degrading too quickly.

They are also hoping to improve the device, which measures just 2.3 micrometers thick in total (one third the length of a single blood cell), with better batteries or super capacitors for longer life. 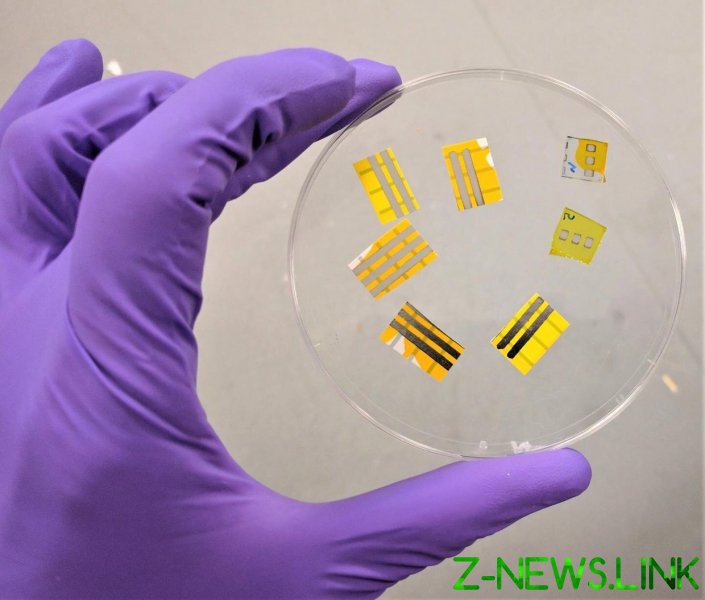 The device consists of an electroluminescent polymer, which emits light when stimulated electronically, situated between two electrodes. An insulating layer is then placed between the electrodes and the commercially-available tattoo paper.

While other temporary ‘smart’ tattoo prototypes have been touted in recent years, they did not employ OLED technology which is more flexible and seamless.

OLED technology was first deployed in then-cutting-edge flatscreen TVs at the turn of the century and its use has since been greatly expanded.