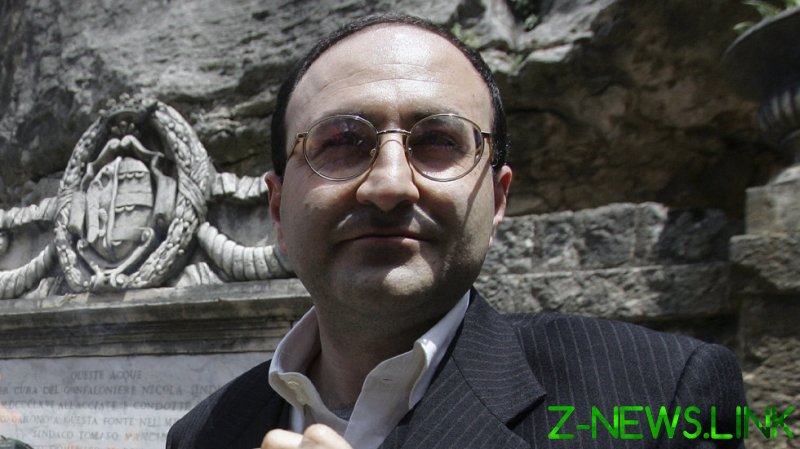 Stefano Gizzi, the Councilor for Culture in the commune of Ceccano, Italy has had his powers revoked after sparking outrage by publicly expressing support for Russia in a now-deleted Facebook post.

The official shared a picture of the letter ‘Z’, which is now associated with Russia’s ongoing military offensive in Ukraine, as it has appeared on Russian tanks and vehicles participating in the operation, and wrote: “Solidarity with Russia, the Ribbon of St. George, victorious over the Dragon.”

The post was apparently taken down by Facebook shortly after it was published, but it nevertheless managed to spark a wave of outrage, as several of Gizzi’s fellow politicians, including from his own ‘Lega’ party, called for him to be fired and for the Mayor of Ceccano to distance himself from Gizzi and his “shameful” and “intolerable declaration.” 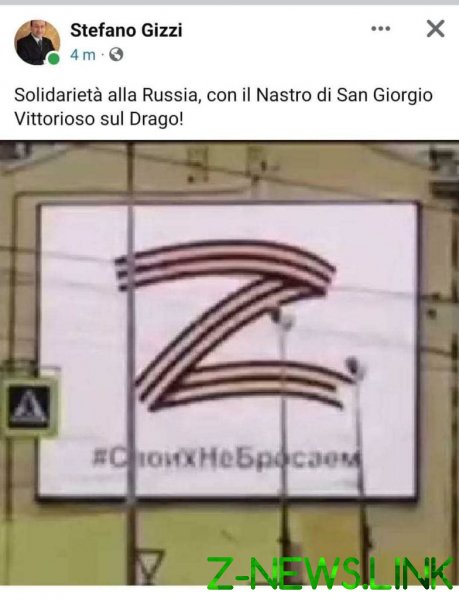 Regional councilor Mauro Buschini wrote that Gizzi, “Must apologize. To the Ukrainian people, to women raped and killed, to children who are terrified, killed or abandoned, to all those who have lost their lives or forced to flee to other countries.”

Ceccano Mayor Roberto Caligiore has now officially revoked the powers of Gizzi, in what some have described as a witch hunt against pro-Russian sentiments, as most Italian politicians have taken a harsh stance against Russia amid the ongoing conflict in Ukraine. 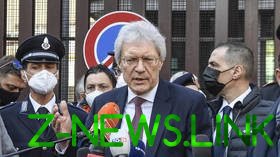 Last week, Italian officials seized over $882 million in assets belonging to wealthy Russians that were placed on the EU blacklists, as relations between the two countries have been sharply deteriorating.

Anti-Russian statements in the Italian media have meanwhile been boiling over to the extreme, with one newspaper, La Stampa, receiving a formal complaint from Russia’s ambassador to Italy last week over its headline questioning the possibility of assassinating Russian President Vladimir Putin, with the ambassador claiming it was a violation of the Italian criminal code, as incitement to commit a crime is a punishable offense.