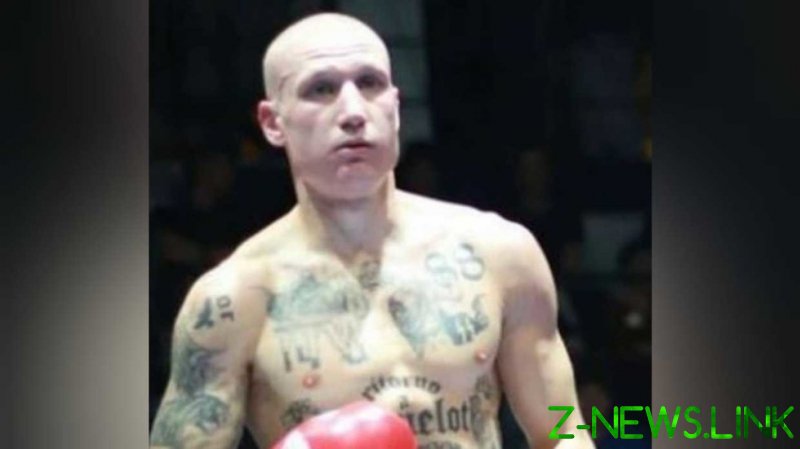 Michele Broili, 28, lost on Sunday night against Hassan Nourdine, 34, in their bout in the northeastern port city of Trieste.

In the aftermath, sports authorities are now examining how a pugilist with tattoos which include a flag with an SS inscription was allowed to become a member of the Italian Boxing Federation.

“When I got into the ring and saw those tattoos, I was shocked,” revealed the Moroccan-born Nourdine, who was lauded in the local media and dubbed a hero, to La Stampa.

Upon seeing Broili covered in tattoos such as the number 88 white supremacist code for ‘Heil Hitler’, the logo of a skinhead group in Veneto, and the totenkopf symbol of the paramilitary unit which ran concentration camps in Nazi Germany, thousands of viewers were angered and offended.

As if that weren’t enough, Broili also let off a fascist salute to his corner before the first bell.

“I found those tattoos obscene. There is no justification,” stated Nourdine, who resides in Asti around 35 miles from Turin.

“The Italian Boxing Federation should have realized from the beginning that this boxer had those sympathies. Inciting hatred is punishable by law.”

The governing body has released a statement stressing that all its members should refrain from exhibiting discriminatory behavior, and vowed to pass the case on to the sports justice body.

But it didn’t explain why action had not been taken  sooner against Broili, who had fought 16 fights before stepping into the ring at the weekend.

While he is in danger of being barred from the federation, police are also reportedly looking into the matter as Trieste prosecutors evaluate whether or not to launch a criminal investigation.

Italian law prohibits the revival of fascism, and being found guilty of doing so can land offenders behind bars for up to two years.

That being said, the law has rarely been enforced and the prosecution would need to prove that Broili somehow made the gesture in an attempt to get such a revival off the ground.

Separately, in 2017, Italy’s ex-center-left administration attempted to pass a law to ban all fascist and Nazi symbols, as well as the distribution of fascist paraphernalia, yet failed to see it approved by the chambers of parliament.

Thus far, Broili has declined to comment, though his coach Denis Conte told Ansa: “Michele only talks about sport and only wants to do sport.

“Michele is the prototype of the athlete who wakes up at four in the morning to train.”

Some witnesses allege that Broili’s fans in attendance at the show exchanged Nazi salutes and sang Nazi songs.

“For me, all this is not normal. But I cannot deny that beating someone with those tattoos is a victory worth double,” said Nourdine.