Home / WORLD / ‘It will not go unpunished’: a major war is brewing in North Africa

‘It will not go unpunished’: a major war is brewing in North Africa 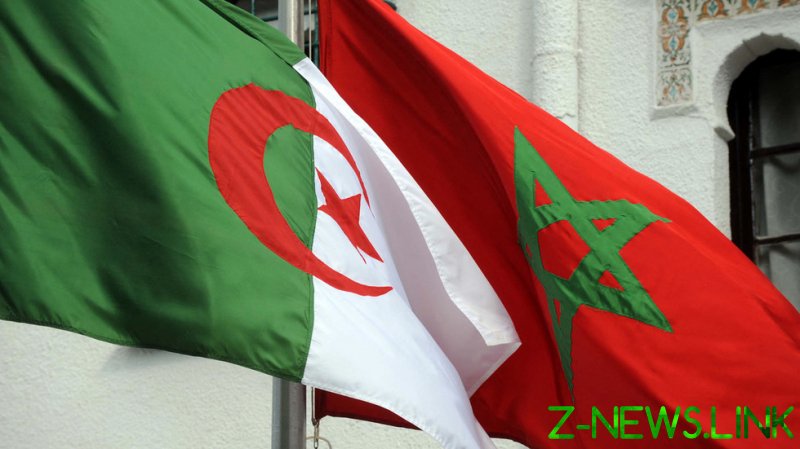 The incident is just the latest in a months-long dispute between the two North African nations, but this ever-escalating feud could quickly turn into something much bigger and even be a trigger for Western intervention.

This Wednesday, Algeria’s national broadcaster, Ennahar, stated that on November 1 a “barbaric bombing” had targeted a convoy of trucks traveling between Nouakchott and Ouargla, close to the Mauritanian border with the disputed Western Sahara, a territory currently occupied by Morocco. The deadly attack, said to have killed three Algerian civilians, has sparked fears an Algeria-Morocco war could soon break out. This, in turn, could present an opportunity for NATO powers, and other international players, to intervene.

In August, Algerian Foreign Minister Ramtane Lamamra announced his country was severing diplomatic ties with the Kingdom of Morocco, citing security incidents. One week prior to this, Algerian President Abdelmadjid Tebboune asserted before a meeting of the country’s High Security Council that “incessant hostile acts perpetrated by Morocco have meant the need for a revision in relations between the two countries and the intensification of security checks.”

What’s more, on October 31, Algeria ended its gas supply contract with Morocco, which occurred just one day prior to the deadly attack, blamed on Rabat. Algiers previously supplied gas to Spain through the Gazoduc Maghreb Europe (GME) pipeline, as well as to Morocco. According to President Tebboune, the reason behind the ending of their contract is due to the breakdown in diplomatic relations with Morocco, a move which some say could send the country into a gas shortage in a matter of days. This would certainly make sense as a motivation behind the attack earlier this week.

In early October, Algeria also closed its airspace to the French military and recalled its ambassador to Paris, with an Algerian government source telling Reuters at the time that the president of France had made a number of inflammatory comments, in what Algeria believed to be a bid to secure “far-right” support. Tensions between the two nations have always existed, due to France being the former colonial power, and in the event of any war with Morocco, it is not inconceivable that France would get behind an attempt to replace the Algerian government.

Another significant escalation occurred on October 13 (this time implicating another foreign power), when the Algerian national broadcaster announced that the nation’s security forces had foiled a plot to launch a terrorist attack in the country, reportedly backed by Israel. Algeria’s Ennahar TV said at the time that the “General Directorate of National Security managed to thwart a conspiracy plot that dates back to 2014,” stating that “the Zionist entity [Israel]” and a “North African country” were behind the plot to use separatists to do damage inside Algerian territory. It was never announced publicly which North African country was involved, but many suspect this statement was meant to implicate Morocco.

Since the Kingdom of Morocco declared it would join the ‘Abraham Accords’ and formally normalise ties with Israel, tensions between Rabat and Algiers have been at an all-time high. Although Morocco denies it profusely, Algeria has repeatedly stated that it feels threatened by what it calls a “Zionist presence” on its border.

Back in August, as large fires ripped through the country, 22 separatist group members were arrested by the Algerian authorities and charged with intentionally igniting the fires. Algeria’s president accused the Rashad group and Movement for the Self-Determination of Kabylie (MAK), both registered terrorist groups, of being behind the blaze and getting “support and help from foreign parties, particularly Morocco and the Zionist entity.”

Furthermore, according to the Algerian foreign minister, the reasons behind the severing of diplomatic ties between Algiers and Rabat were “massive and systematic acts of espionage” carried out by Morocco against Algeria, using the Israeli NSO Group’s Pegasus software, and the Moroccan hosting of Israeli Foreign Minister Yair Lapid, who criticised Algeria during his visit.

Morocco, on the other hand, sees Algeria as backing a group registered as a terrorist organisation by the Kingdom, the Polisario Front, which seeks to establish a separate state in the Western Sahara area, considered disputed by the United Nations. Last year, as a gift from the Trump administration for its normalisation deal with Israel, the American government broke from the international consensus and recognised Western Sahara as part of Morocco. In 1975 Morocco annexed Western Sahara, claimed by the Polisario Front to belong to its native inhabitants, the Sahrawi people. This annexation led to war, during which the Polisario started to receive support from Algeria, which continues until this day. In 1991, a ceasefire was declared which largely held for almost three decades, until last year. In mid-October the leader of Polisario, Brahim Ghali, announced his group’s intentions to escalate their attacks on Moroccan forces.

Dating back to the Cold War, Algeria and Morocco have always taken polar opposite political positions. Rabat threw its lot in with Washington and the West, while Algiers allied with Moscow and sought inspiration from revolutionary socialism. Algeria has always stood strongly beside the Palestinian national liberation movement, while the Moroccan government has pursued normalisation with Israel through back channels. The worry now is that, if the West sees Algeria as too big of a threat, both politically and to its access to Africa and flow of resources, it is not hard to imagine another regime change attempt which, if recent regional history has taught us anything, would be a disaster for both the Moroccan and Algerian people.