Home / WORLD / ‘It will be a VACCINE PASS before long’: Everton reminds fans to get mandated Covid tests to be allowed into Manchester City match

‘It will be a VACCINE PASS before long’: Everton reminds fans to get mandated Covid tests to be allowed into Manchester City match 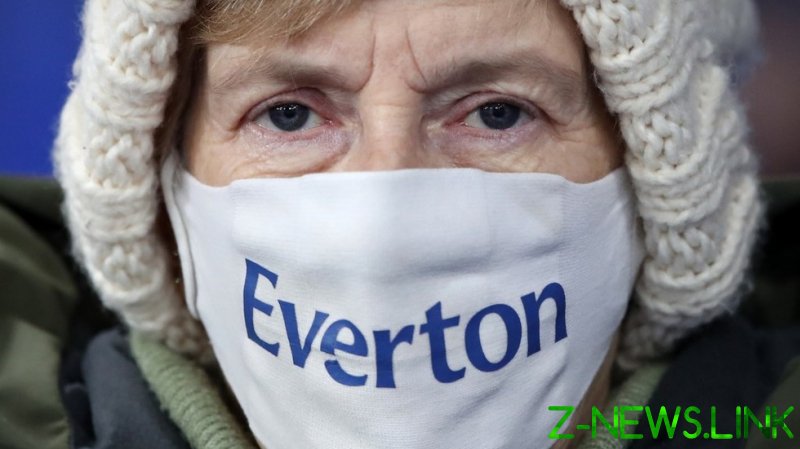 The club tweeted out the reminder on Sunday, insisting that fans who wish to enter Goodison Park will need to have a negative Covid-19 test result from no more than 36 hours before the match begins. With Liverpool under Tier 2 Covid-19 restrictions – as opposed to the Tier 4 lockdown gripping London – as many as 2,000 fans may be allowed to attend the game.

Social media users have taken issue with Everton’s mandate, pointing out the faultiness of Covid-19 tests, the fact that people could contract coronavirus during the 36-hour period before the match, and the flawed logic of testing for one disease while ignoring others with which someone might be asymptomatic, such as, say, tuberculosis. Others questioned whether supporters should still be required to wear a mask.

“Why would face coverings be needed if everyone inside is negative?” one commenter tweeted. Another said: “They can’t answer these questions because it’s a load of utter nonsense.”

But many observers raised concerns about the bigger picture, including implications for future demands that might be made to allow consumers such privileges as attending football matches.

“Easy to see how this could morph into an ‘entrance-dependent-on-being-vaccinated scheme,” broadcaster Neil Clark said. “Needs to be pushback on this from sports fans before it’s too late.”

Some commenters agreed, saying a Covid-19 test requirement is a bridge too far for them, especially at a time when fans are also expected to tolerate players kneeling before games in support of the Black Lives Matter political movement. “That’s me out – 50+ years a blue supporter, but done with football, between this and the knee,” one Everton fan said.

Others argued that consumers must refuse such demands to avoid emboldening the ruling class to take more control over people. “Boycott any business testing you,” one commenter named Terry said. “It will be a vaccine pass before long. Boycott this dystopian future.”