Home / WORLD / ‘It was a set-up!’ Nancy Pelosi claims salon tricked her into flouting coronavirus restrictions to get hair done, demands APOLOGY

‘It was a set-up!’ Nancy Pelosi claims salon tricked her into flouting coronavirus restrictions to get hair done, demands APOLOGY 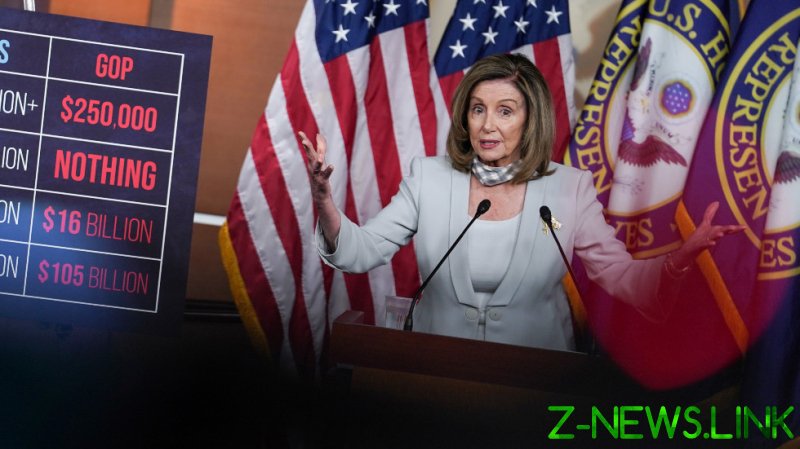 The Democratic rep mounted her defense at an event about school reopenings in San Francisco’s Noe Valley on Wednesday, maintaining that she was led to believe her hair appointment earlier this week would be permitted under the city’s virus guidelines.

Kious is now reportedly being “forced to shut down and relocate her business and family due to outrage and threats she is receiving,” according to a GoFundMe page set up by Amy Tarkanian, the wife of former Nevada State Senator Danny Tarkanian.

Pelosi also addressed criticism that she was not wearing a mask in the footage of Monday’s visit, arguing “I just had my hair washed.”

US President Donald Trump, whose response to the Covid-19 crisis Pelosi has repeatedly denounced, waded into the controversy on Wednesday, tweeting that the Speaker “is being decimated for having a beauty parlor opened, when all others are closed, and for not wearing a mask – despite constantly lecturing everyone else.”

Republican National Committee spokesperson Liz Harrington also joined in the criticism, blasting Pelosi and the Democratic Party for holding themselves above the very rules they demand for everyone else.

“You can’t get your hair done, eat inside at a restaurant, travel, attend a funeral, or protest without mandatory quarantining. But Democrats can,” Harrington wrote in an email to reporters.

This isn’t about health or science. It’s about power. Democrats want to rule your life. But don’t expect their rules to apply to them.