Home / WORLD / It must be a conspiracy! From Kennedy to Area 51 and Gates to Epstein, the world offers people a lot of deeply outlandish theories

It must be a conspiracy! From Kennedy to Area 51 and Gates to Epstein, the world offers people a lot of deeply outlandish theories 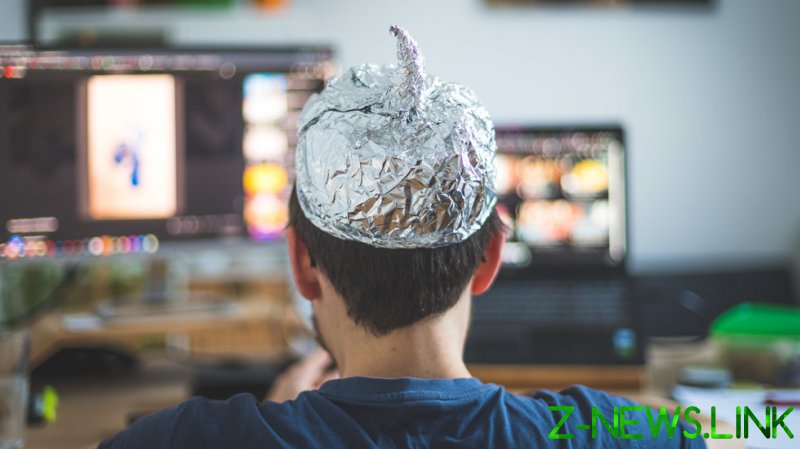 You have to admire the dedication and discipline of the 21st century conspiracy buff. The ability to invest endless energy and emotion into both believing and distributing theories that can’t withstand even a few blinks’ worth of inspection shows that brand of religious fervor that both built and will eventually destroy the fabric of Western culture.

To them, the unlikely becomes the unassailable, while the impossible becomes the essential. Logic collapses and dies quickly in the conspirators’ desert of delusion. They unpack Occam’s Razor and dull it against the rocky strata of explanations so long-winded they must swap out their lungs for Graf Zeppelins.

To the conspiracy groupie, the empiricist is a fool and evidence an inconvenience. Anyone who inspects the fishing twine and grainy baseball card bubble gum holding such plots together is branded a drone-ish sheep for not embracing the ridiculous. The more outlandish the PowerPoint explanation of today’s confidential connivance, the more it simply must be true. The equation becomes “less proof, the better.”

It never occurs to the tinfoil headwear collector that Area 51 can’t be a top secret US military base simply because everyone with a brain stem knows it exists. One can argue that there is no less secret base in the world than that stretch of Nevada desert. If there are hidden military outposts out in the world, the public can’t find them, photograph them, write about them or torment their security guards for hours in the hot sun.

When President Kennedy fell to assassination, the final score was Death 1 – JFK 0. Still, depending on the media tour for whatever book looks to cash in on the man’s death this week, he was killed separately or communally by Lee Harvey Oswald, the Grassy Knoll Shooter, the Mafia, Fidel Castro, Lyndon Johnson, the CIA, the FBI, the military industrial complex, the presidential limo driver and/or a really aggressive horse fly that dodged the windshield. (I don’t know how they all fit in the same conference room, pre-Zoom).

Since Kennedy wasn’t considerate enough to reanimate multiple times, these competing congealed conspiracy connections begin to inconveniently collapse after a while. (All the Cs in that last sentence couldn’t just be a smartass writer trying to show off a bit. It must be code to activate the Fraternity Agents in Connie Chung’s Hooded Council of 12.)

These bleak last couple of years gave birth to two new psychotic players on the pitch – Covid-19 vaccine plots and QAnon. I’d need another 1,000 words here to lay out all versions of the former because they require chapter and verse on nano-bots, DNA sequencing and the Marky Mark of the Beast. Suffice to say that the great human achievement of successfully developing multiple vaccines to end a pandemic in less than 12 months rides in the bed of a rusted-out, 70s pickup truck driven by an anti-vax fiend who thinks polio and rubella are actresses on TV’s Real Housewives of Beverly Hills.

Meanwhile, to make a long madness short, QAnon holds that a sinister coffee clutch of prominent politicians, corporate leaders and Hollywood types run child trafficking empires. Rather than just settle for pedestrian underage sexual abuse, these elite perverts eat the kids with vampiric aplomb so they can live forever – as one does.

Fortunately, to defend the kind of GED patriots that wear star-spangled cow horns for their invasion of any nearby Senate chambers, former President Trump led a clandestine war to end the harvesting of those juicy juveniles and to expose the devil cults that really run the world.

Sure, that description cut some corners, but dung heaps should really be round. While I feel there just might be more than one weak point in the QAnon Pamphlet of Revelations, I only need to lance one. We’re to believe Donald Trump would take on this great moral crusade secretly. The man tweeted 206 times if he clogged a toilet at the Oval Office. Keeping schtum while saving the planet from left-wing baby suckers seems unlikely.

There’s always a healthy serving of narcissism in play with the truly ensconced conspiracy enthusiast. They maintain the dogged pursuit of the latest proposed plots because only they are capable of embracing the real truth.

In my work, I’ve met a mix of some of the most intelligent souls and a few of the most dangerous people in the world. I can tell you this much: The brightest lights never once had to tell anyone how smart they were, and the tough folks never needed to demonstrate how much damage they could do. Anyone in their orbits could sense the special qualities filling the space around them. Sadly, only someone insecure in their wits seeks out public stances that demonstrate secret wisdom.

Aggressive conspiracy jugglers are emotionally insecure, intellectually inadequate bullies desperate to prove they’re none of the above by claiming sacred knowledge their less creative (though comparatively sane) peers couldn’t possibly conceive. The method they choose to alleviate their helplessness is spending endless hours fictionalizing histories so complicated and so richly, though falsely, detailed, that they won’t be questioned by outsiders who have much healthier ways to spend their time.

Do you realize what’s more frightening than the thought of an all-powerful, scheming cabal of masterminds controlling and manipulating everyone’s daily lives? It’s the lack of one. The thought that no one is fully in charge of the chaotic, endless stream of possibilities daily life throws at us amongst a population of more than seven billion souls on board is endlessly more difficult to endure than the illusion of conspiracies.

The real damage these lickers of the unlikely bring upon us is the enabling of genuinely destructive people. While the Fox Muddled chase their false narratives in mindless circles, the real bastards operate with impunity inside self-generated clouds of plausible deniability.

The world serves up more than our share of genuine assassins, dictators, sex traffickers and child abusers that require our pursuit and prosecution. We don’t need to stomp out the trail of footprints they leave by inventing elaborate fictional crimes concocted by awkward, angry misfits pretending only their particular brand of paranoia wears reality’s stamp of approval.

Now, for the record: Covid-19 happened. UFOs are real. Epstein killed himself, and JFK did not.

(…or so they would have us believe…)