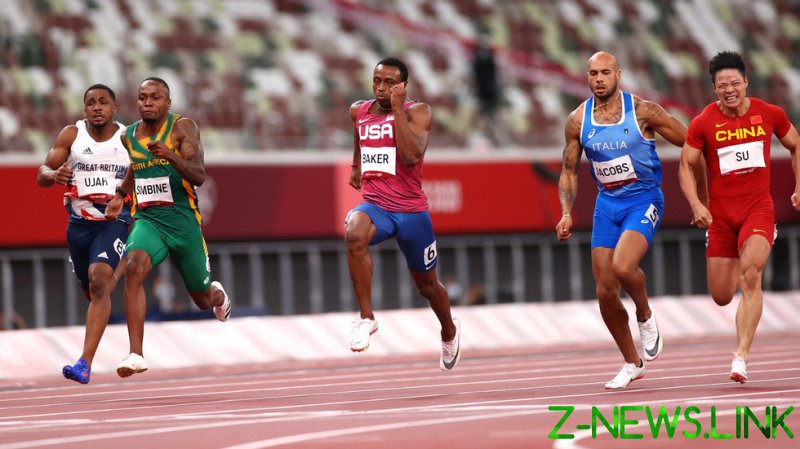 Ujah was handed the provisional suspension after testing positive for two banned substances following his participation in the 4x100m final, in which the Great British team finished with a silver – just .01 of a second behind Jacobs’ Italian team who took gold.

If subsequent examinations cannot determine a legitimate way in which the banned substances were found in Ujah’s system the UK foursome will be stripped of their medals, with Canada’s bronze being upgraded to silver while China would take third place.

Ujah would also most likely be facing down a four-year ban in what threatens to be the single biggest doping scandal in British Olympic history.

Speaking after news of the positive test broke, the 27-year-old Briton indicated his shock.

“To be absolutely clear, I am not a cheat,” he said in a statement Saturday.

“I have never and would never knowingly take a banned substance. I am completely shocked and devastated by this news. I love my sport and I know my responsibilities both as an athlete and as a team-mate. I am respecting the formal processes and will not be making any further comment until it is appropriate to do so.”

Jacobs, though, who was a keen rival of Ujah throughout the Tokyo Olympics, has said that he raised a smile after hearing news of the developing scandal – particularly after he says he received thinly-veiled accusations of doping after his stunning performances in the Japanese capital.

The Italian athlete, who was born in the United States, wasn’t considered a top contender in this summer’s Games but stormed to victory in the 100m with a time of 9.80, as well as being a member of the victorious 4x100m team, results, he says, which led to questions as to the legitimacy of his own performances.

And this made him smile.

“The situation hasn’t touched me so much, I know the sacrifices and blows I went thorough to get here,” said Jacobs to Italian newspaper Tuttosport.

“Instead, I want to enjoy it 100%. Having seen the investigation into Ujah I would say that perhaps it’s better [for the British] to look closer to home before attacking others. It made me smile.”