Home / policy / It is not the parade of dreams about Putin 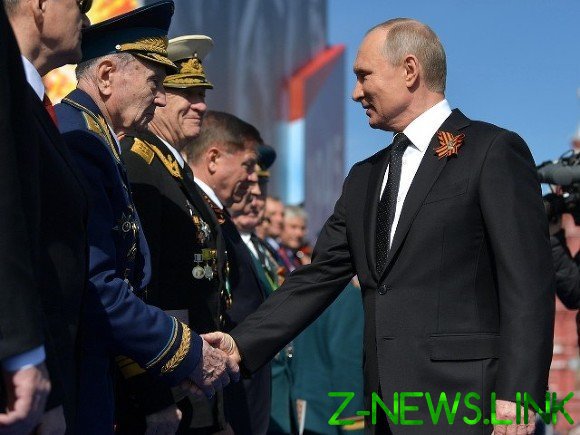 What was the Victory parade 75 years ago? It was a parade of people who personally defeated fascism, personally fought personally shed blood. They miraculously survived. Of 100 soldiers, went to the front in 1941, before the Victory came two people, and it was a miracle survivor.

75 years later, the Red area will be grandchildren and great-grandchildren of the winners of the great Patriotic war. And they will risk life, because now in our country and around the world there is an epidemic that can touch each person and for each person, totally unpredictable, completely by accident become fatal.

Then who needs a parade? This parade needed to one man — Vladimir Putin. It was the day of his planned worldwide celebration. He has not fought. The war touched his parents and many other relatives. We are all children, grandchildren, great-grandchildren, nieces and nephews of veterans.

The one who made the decision about the parade will be directly risking the lives of young people, one of whom the war has not touched personally, but each of which can die if he gets infected during the parade.

What is the main lesson made the whole world out of the great Patriotic war and the Second world war? The main lesson is exceptional value one human life every human life. For every death in war is a huge, cosmic tragedy for his family and friends. No one, including Putin, and even first and foremost, Putin has no moral right to risk the lives of those who are now alive.

This parade is not a tribute to the great Victory. This parade of political triumph of the man who lacks military parades to confirm its political greatness. This parade is a step towards further national vote on his lifelong rule. It not just contradicts, is incompatible with the values of humanity, understanding the importance of every personal human destiny, of every human life.

It is not the parade of dreams about Putin. It will not happen the way he wants it to be. It will not accept a society that won’t accept people.

That moment when a politician tells you or shows you what he is willing to sacrifice human lives, means one simple thing: the politician does not correspond to the position and can occupy it.