Home / Movie / “It” is going home. Details of the release on DVD and Blu-ray

“It” is going home. Details of the release on DVD and Blu-ray

Announced release date of the movie “It” on media and digital platforms, and we also learned what a gig waiting for us there!

Remember, he ‘s Andres, Moschetti promised that hardcore fans waiting for the uncut version of “It”, which will be longer than the one that we saw in the movie for 15 minutes. However, at the moment, apparently it is only on the theatrical version. It will be presented in the form of elite 4K Ultra HD Blu-ray Combo Pack and standard Blu-ray Combo Pack, DVD and Digital.

✓ Pennywise alive! Video on how the actor bill skarsgård is preparing for the role of a Dancing clown.

✓ Club losers. Meet the young stars of the film.

✓ Author Of Horror. Writer Stephen king says about the birth of his bestselling book, the nature of the child’s fear and, of course, about how he came up with one of the most famous monsters — old Pennywise.

✓ Deleted scenes. The creators have prepared 11 deleted or extended scenes for the fans!

Hopefully, there we will see an alternate ending to “It”, which talked about actor Jaden, Liberar. But if we show the same cut scene in which Pennywise ate children, or still leave it for the second part? Gut tells me the latter is more likely, but we’ll see. 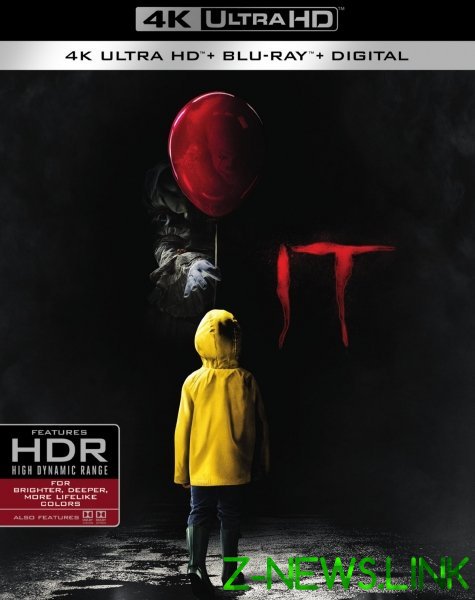