Home / business / It has become known, will show whether the Russians the Olympics

It has become known, will show whether the Russians the Olympics 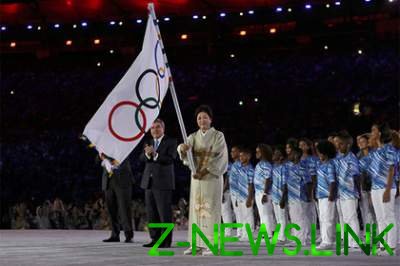 The competition will show a few channels.

The head of the company “Telesport” Peter Makarenko said that three Russian channel will broadcast the Olympic games 2018 in Pyeongchang.

“First, VGTRK and “Match TV” will show the Olympics in a significant amount. The channels themselves will decide who will broadcast the opening ceremony and closing of Games,” he said.

According to Makarenko, the contract between the First channel, VGTRK (“Russia 1”) and “Gazprom-media” (“Match TV”) has not yet been concluded. However, he noted that the talks are in final stages.

On 5 December the Executive Committee of the International Olympic Committee has suspended the national team of Russia from participation in the Olympics. To participate in the Games, only athletes who have proven their innocence to the anti-doping rule violation. They will be able to compete under the Olympic flag.

In November 2017, the newspaper “Vedomosti”, owned by the family Demyan Kudryavtsev, reported that from the show broadcast want to give up several TV channels, as in the case of non-participation of Russia to demonstrate the competition will be unprofitable. This is due to the fact that the audience cheer for the athletes of their country, and their absence will reduce the ratings of the broadcasts.

The Olympic games will be held in Pyeongchang from 9 to 25 February 2018.