‘It didn’t look good’: NBA star floored with blood gushing from mouth in horror injury after taking elbow to face in game (VIDEO) 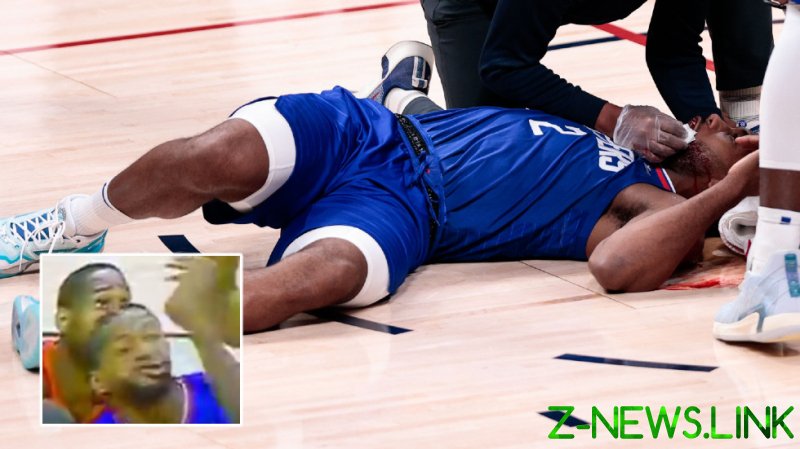 Forward Leonard was left in a worrying state after a gruesome challenge with Serge Ibaka sent him straight to the floor, with some viewers observing that the 29-year-old appeared to have been involved in a bruising MMA fight as he stayed prone on the court while blood poured from his mouth.

As blood dripped onto Leonard’s arm and the surface, there were concerns that the two-time NBA champion could have sustained lasting damage in the chilling collision with the unwitting Ibaka.

“When I went closer to him, I saw his lips,” fellow forward Nicolas Batum told USA Today, describing the troubling incident as “kind of scary at the moment.”

“It didn’t look good at all. You don’t want one of your teammates or any players like that have to blood all over him and everywhere on the floor.”

Teammate Paul George confessed to being “really worried”. “I was thinking of the worst,” he said afterwards.

“I didn’t know if he was concussed or how hard of a hit [it was]. First and foremost, I was making sure he was OK.”

Shaken Leonard eventually rose to his feet and left the court following the injury late in the fourth quarter, reportedly requiring eight stitches to a mouth laceration.

“He got up and walked off the floor, so he’s good. Nothing was said…you know, ‘next man up’.”