Home / WORLD / ‘It could have been prevented’: Relatives of NY nursing home victims tell RT they hold Cuomo responsible for their deaths

‘It could have been prevented’: Relatives of NY nursing home victims tell RT they hold Cuomo responsible for their deaths 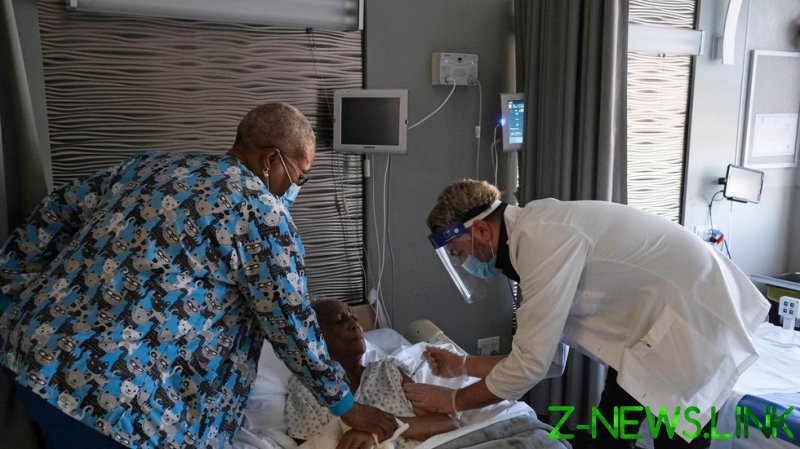 Grace Colucci, whose elderly father passed away following a 20-day stint in a New York nursing home for physical rehabilitation, told RT’s Colon Bray that she and other family members were unable to contact her dad during his stay due to pandemic restrictions, and that he emerged from the home with “very severe symptoms” of what later was confirmed to be Covid-19.

“We were not able to have contact with him, as my dad went into the nursing home on the day the lockdown started in New York,” she said. “He was there during the time Governor Cuomo issued his March 25 mandate forcing nursing homes to take Covid-positive patients, or any patient, without being able to test them.”

When her father left the care home, Colucci said he had great difficulty standing or eating, and after a few days had to be rushed to the emergency room, where he tested positive for the virus. He spent his final days at his own home before succumbing to the illness, with his death certificate ultimately listing the coronavirus as the primary cause.

Colucci said she believes the death was avoidable and argued that Cuomo knew better than to group Covid-positive patients with high-risk nursing home residents.

“I hold the governor responsible, and his commissioner of health, Dr. [Howard] Zucker. They are both very smart men, and from day one Governor Cuomo has said that the most vulnerable were the elderly, and that coronavirus in a nursing home would be a feeding frenzy on the elderly,” she went on.

Colucci said that while the recent sexual harassment allegations against Cuomo need to be investigated, the press has allowed these claims to overshadow what happened in the nursing homes.

“15,000 preventable deaths is something they should be paying attention to, and they’re not,” she said.

Theresa Sari, who lost her mother in the pandemic, echoed that view, explaining to RT’s Rory Suchet that while the sexual misconduct charges are indeed serious, “I think people should be more outraged about people who died in nursing homes, like my mother.”

Like Colucci, Sari said her mother’s death was also likely avoidable, and that “there were things that could’ve been done that were not done that could’ve prevented this from happening.” She added that though there is plenty of blame to go around, Cuomo bears some responsibility for the death.

“I think I can hold a lot of people responsible, especially the nursing home that she was at, and our governor, Andrew Cuomo, because it starts from the top… Everyone failed us, and I feel like it was just an overall accumulation of failure.”

Though the sexual misconduct scandal has largely dominated recent headlines about the governor, New York State Democratic Assembly Speaker Carl Heastie authorized an impeachment probe this week to investigate not only those allegations, but the nursing home fiasco as well. It could be the first step in forcing the embattled governor from office.

At least 118 of New York’s 213 state legislators have demanded Cuomo’s resignation amid the storm of controversy, among them Senate Majority Leader Andrea Stewart-Cousins. High-profile Democrats in the US House and Senate have joined those calls, including New York Representatives Jerry Nadler and Alexandria Ocasio-Cortez, as well as NY Senators Chuck Schumer and Kirsten Gillibrand.

Cuomo has come under intense criticism over both his March nursing home order, as well as his office’s efforts to conceal the mounting death toll within long-term care facilities. A top aide to the governor, Melissa DeRosa, all but confessed to the cover-up during a party meeting with fellow Democrats last month, explaining the state government was reluctant to share official nursing home data as it could have given political ammunition to then-President Donald Trump.