Home / WORLD / It beggars belief that a trans YouTube star, arrested for allegedly raping his own mother, will be jailed with women inmates

It beggars belief that a trans YouTube star, arrested for allegedly raping his own mother, will be jailed with women inmates 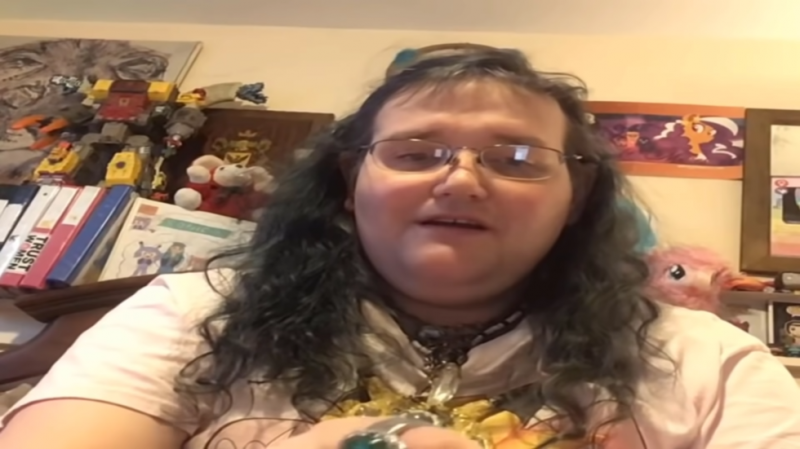 I started writing about the case of Chris Chan earlier this week, when I read about the transgender YouTuber’s arrest.

The vlogger and artist, who goes by the name Christine Weston Chandler, was arrested after a leaked phone call revealed her allegedly admitting to sexually abusing her elderly mother. Chandler was put in jail without bail on suspicion of incest, a felony punishable by up to 12 years in prison.

My original intention was to draw attention to the extremely strong correlation between the participants of ‘woke’ gender ideology and unchecked mental illness.

But then came the news that Chandler is being held in Central Virginia Regional Jail alongside 59 other FEMALE detainees. An alleged rapist of women, who has all the appendages and strength of a normal male – with apparent violent sexual desires on top – put into a prison full of vulnerable women. What are the Virginian police smoking? This is putting-the-fox-in-the-hen-house territory, and would be laughable were it not so serious.

But this is where we are in 2021, in the grip of a sick ideology espoused by just a tiny percentage of the population, trans activists, but one increasingly bowed down to by people in positions of power, like the Virginian police and woke politicians and corporations the world over.

Most tragically, the lives and mental wellbeing of many young people across the world are being sacrificed at the altar of this new religion.

This whole problem will only become more acute from here, as we have reached an impasse which forbids suggesting that changing one’s gender, or inventing a new gender category, is not in a young person’s best interest. The possibility that it might be due to youthful attention-seeking, or even a more serious and treatable mental illness (as I believe is the case with Chan), is now off the table.

This means that there is nothing in place to prevent or dissuade even very young children from (supposedly) opting for castration and genital mutilation, despite evidence of the outside influence from woke parents and popular LGBTQ+ culture.

The doors to questioning this exploding phenomenon have been shut by the expansion of Western mass censorship, and people who proudly display their trans status – like former linebacker turned US Assistant Health Secretary Rachel Levine – are now found in positions of highest office.

Beyond the obvious price to children, the mountains of evidence of ‘transition regret’, and the  extremely high suicide rates among young trans people themselves, there is the growing problem of threats of violence against those who don’t bow to the new orthodoxy, or against those who are simply unfortunate enough to be around these people.

We can see plainly with the Chan case the potential for criminal harm that results from trendy social theories preventing diagnoses of mental illness and narcissism. But this potential is not merely associated with the trans community; it is a matter of record from advocates of gender theory generally. They hold a dangerous and relativist postmodern philosophy of ‘consent’ above all other virtues, and have a proven track record of pushing acceptance of pedophilia. Indeed, there is a long history of attempts at pedophilia-acceptance by the creators of what they call ‘queer theory’, such as Gayle Rubin and Michel Foucault, as was outlined by the honest progressive Derrick Jensen in his speech entitled ‘Queer Theory Jeopardy’.

A recent example of this is the case of Raul Zito, a popular ‘Fortnite’ player and gender theory advocate from Brazil who often wore t-shirts with slogans such as ‘love has no gender’. It turns out middle-aged Raul (who has blue hair and a pink beard) was allegedly using his platform to lure children in order to rape them.

Oddly, despite both these cases involving e-celebs, and the news trending on some social media, there are very few links to news articles about Chan or Zito in the mainstream media.

This progressive concept of ‘consent as last virtue’ now enjoys a tremendous influence, if not exactly bipartisan popular support, with people in major institutions being encouraged to ‘add their gender pronouns’ to their bios and official correspondence. This gender theory is espoused in university programs and popular journalism; however, it cannot be said to be the grass-roots uprising the mainstream Western media would have you believe.

Behind the ‘transgender rights movement’ is what is called the ‘trans lobby’ (cloaked in the now-common civil rights appeals to freedom from oppression that we saw with the rise of the LGBTQ+ movement). It is a heavily funded and imposed ideology. According to a study by Jennifer Bilek, there are a handful of rich people (including George Soros) who fund this lobby. Her list includes:

A high percentage of trans youth are raised by woke parents or often same-sex couples who seem unaware of the dangers in telling their children that they can change their sex. Their children are brought to Pride parades at a very young age and are subjected to a spectacle of hero-worship about the subject of sex and gender. Many progressive parents themselves are now led to believe that ‘masculinity is toxic’, and proudly put their young sons in dresses to get attention on social media.

In the West today, we are prevented from protecting these children from their often narcissist parents; it is not allowable even as a possibility, because of the protected status of any gender-associated claims. Children as young as two are somehow ‘coming out’ as ‘transgender’ at an age when they should probably not even be aware of what the word means.

This can only be due to parenting, and those who find it hard to believe that any parent would endanger their child for ‘woke prestige’ should examine the documented extreme cases of willful child endangerment, such as the mother who slowly poisoned her own son to death with salt injections to receive sympathy-likes on Facebook.

The cases of Chan and Zito come at the same time as the American Medical Association (AMA) announcing that sex should be removed as a legal designation on the public part of birth certificates. The reason for this, according to them, is that “assigning sex using binary variables in the public portion of the birth certificate fails to recognize the medical spectrum of gender identity, and can be used to discriminate.”

This is a dark and dangerous movement, and if no one is brave enough to stand against a corrupt media establishment and the misguided progressive parents it influences, then expect a near future of unstoppable and ever-increasing mental illness. Worse than that, expect a Western culture where children are publicly abused, mutilated, and tortured to satisfy a cult of progressivism.

And expect more stories like Chris Chan’s and Raul Zito’s.