It became known which country topped the EU Council 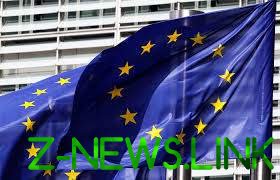 For the first time after joining the Union, the EU Council is headed by Bulgaria.

Today Bulgaria for the first time after accession to the EU takes over the presidency of the Council of the European Union.

According to the statement on the website of the Bulgarian presidency, in his role as presiding country of Bulgaria believes that support safe, stable and supportive Europe.

“A safe Europe, because immigration crisis and terrorist acts in recent years have shown how vulnerable we are; a stable Europe, because citizens want to know that the European Union cares about its prosperity and well-being, “Solidarity Europe”, since all member States face major challenges and can be overcome only through joint action rather than on national or local level”, – stated in the objectives of the Bulgarian chairmanship.

Most importantly, Sofia believes that the European perspective of the Western Balkans, the common digital market, stability and security amid immigration crisis, questions of economic growth and the common defense.