Home / Society / It became known how much Kiev should for electricity

It became known how much Kiev should for electricity 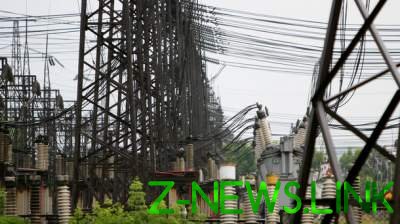 The debt has grown.

Debt capital for electricity consumers in front of PJSC “DTEK Kiev power” on June 1, 2018 is 932 million. Among the largest debtors – the municipal enterprises of housing provision and the residents of the city.

Utilities have accumulated debt for electricity 395 million. The largest debtor of JSC AK “Kyivvodocanal” on June 1, 2018 remains due for electricity of about 230 million.

The debt of the population of Kiev on June 1, has reached 420 million. In may 340 thousand people of Kiev had not paid for the consumed electricity. The greatest debt for the electric power from inhabitants of Kiev, Svyatoshinsky Solomensky areas – 59,3 million UAH, to 51.1 and 50.1 million UAH million UAH, respectively.

In may due to debts for electricity was disconnected for almost 2 thousand household consumers with a total debt of nearly 10 million UAH and 116 legal persons debts to the amount of 67 mln. The court filed more than 60 lawsuits to recover the debt totaling more than UAH 1 million excluding inflation and 3% annual interest.

The company “DTEK Kiev power” offers the debtors with all legal methods of settlement of debts for the consumed services (debt restructuring, etc.). The power supply is terminated when the debtor does not fulfill the obligation for paying for services doesn’t react within one month.

The company urges customers to timely pay for services consumed and does not accumulate debts for electricity. Depends on providing the required volume of electricity and the condition of networks and equipment.

Earlier in “Kyivenergo” said that since may 1, heating networks and boiler houses capital transferred to the management of the municipal enterprise “Kievteploenergo”, and from August 1, this company will be the capital of TPP-5, TPP-6, the incineration plant “Energy”. “In connection with the refusal of the NJSC “Naftogaz of Ukraine” to sign a contract with “Kievteploenergo” because of the unresolved situation with debts for gas, the repayment of existing debts during the next two months is key to the stability of power supply of Kyiv”, – summed up in the “Kyivenergo”.

According to the company, the debt of consumers of Kiev for heat and hot water is about UAH 4.8 billion. The greatest debts for heat, heating and hot water have the population and the Zhao capital is 3.2 billion UAH. Debts of state and local budget of 190 million UAH, other users is 349 million. The debts of the state budget for compensation of benefits and subsidies, as well as the difference in rates amount to almost 1 billion UAH. While its debt to “Naftogaz” for the consumed gas “Kyivenergo” is estimated at UAH 3.8 bn.