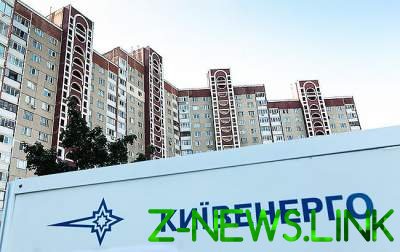 Kiev’s debt for heating and hot water to JSC “Kyivenergo” is still 2.6 billion hryvnia. About it reports a press-service of the company.

“Debt capital consumers of thermal energy to “Kyivenergo” on October 1 was UAH 2.6 billion. The greatest debts for heat, heating and hot water before “Kyivenergo” have a population and Zhao capital – 1.3 billion and 682 million respectively”, – stated in the message. According to the press service, substantial debts for heating and hot water accumulated state budget. On October 1, 2017, the debt of the organizations financed from the state budget, amounted to 34.2 million, and the debt of the state budget on payment of privileges and subsidies on electricity and heat – 432,39 million hryvnia (including protocols to September 2017).