It became known as Ukraine does not import gas from Russia 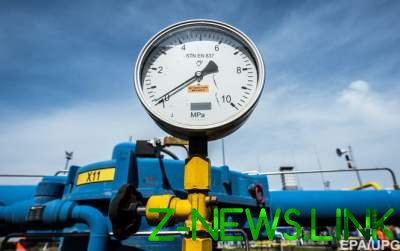 Import gas from Russia under the contract of Naftogaz and Gazprom was discontinued on 25 November 2015.

Ukraine does not import natural gas from Russia for 700 days.

It is reported by the gas transmission system operator Ukrtransgaz on his page in Facebook.

“Today, 700 days as Ukraine does not import gas from Russia! During this period, the EU imported 22.7 billion cubic meters of natural gas for the needs of the Ukrainian consumers”, – stated in the message.

We will remind, import of gas from Russia under the contract of Naftogaz and Gazprom was discontinued on 25 November 2015. On this day at the Cabinet meeting, former Prime Minister of Ukraine Arseniy Yatsenyuk said that the government ordered Naftogaz to stop buying gas from Russia. The official reason for the refusal of gas purchases from Gazprom became his inflated price.

In June 2017, the President of Naftogaz Andrey KOBOLEV said that Ukraine is ready to resume gas purchases from Gazprom. This will happen only if the Russian state company will comply with the requirements of the Arbitration Institute of the Stockholm chamber of Commerce.

The deadline for the adoption of the Stockholm arbitration decision on the contract for the purchase and sale of gas and gas transit contract – November 30, 2017.