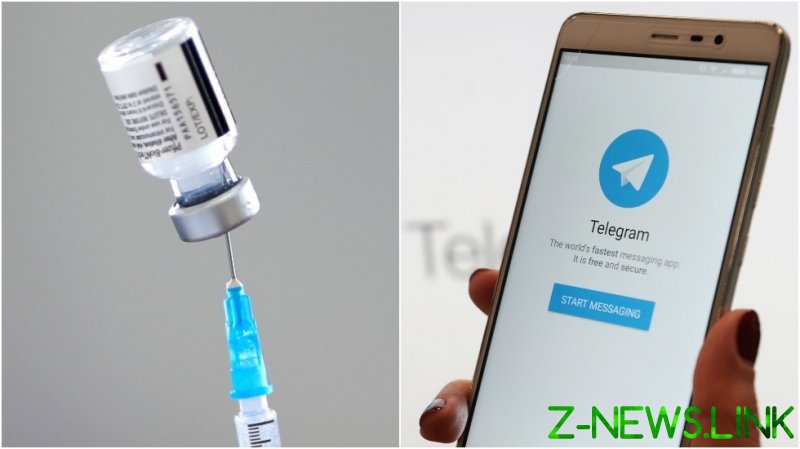 More than 2.4 million Israelis have already been fully vaccinated against Covid-19 by getting both shots of the Pfizer jab. That’s roughly 27 percent of the country’s population of nine-million and the highest per-capita figure anywhere in the world, according to Johns Hopkins University data.

But recently the pace of the vaccination has dramatically decreased, with the target of 200,000 shots per day being barely met by half, and the officials are blaming disinformation spread by the anti-vaxxers for this.

So, the Ministry of Health put together what newspaper Haaretz has called the ‘fake news war room’ to prevent false information about the country’s inoculation program from reaching online audiences.

A team of eleven experts surfs the web almost 24/7 is search of harmful data, which, according to Einav Shimron, the head of the ministry’s information department, includes “documents with false numbers that purportedly came from the FDA (Food & Nutrition Services), from Pfizer or other drug companies, describing non-existent side effects, or playing with data regarding the prevalence of existing side effects. There are documents with the Health Ministry logo that are totally fabricated, or ‘quotes’ supposedly coming from ‘doctors from abroad’” with misleading figures or advice.

After finding ‘fake news,’ the unit – soon to be boosted by seven more employees – immediately reports to the Ministry of Justice, which then contacts Facebook, Google and other social media platforms, asking them to remove the content. Groups and pages usually are being taken down within 24 hours, as the objective is to have as few people as possible see the disinformation and prevent it from going viral, Shimron said.

Earlier this week, Facebook shut down a group of 12,000 members associated with a popular rabbi for promoting false statements about jabs and the Israeli vaccination drive.

But it’s a tough battle, which often becomes a Sisyphean task for the fake news cyber unit, as many deleted anti-vaxxer pages pop up the next day under a slightly different name. But an even bigger problem is that not all social media platforms choose to cooperate with the Israeli authorities –  chief among these the encrypted messaging app Telegram.

“The bastion of almost all online fake news is Telegram, and that’s where we start most of our monitoring,” Amit Goldstein, who is in charge of the ‘fake news war room,’ told Haaretz. “What’s born on Telegram quickly reaches Facebook, Twitter and YouTube.”

“There are people [on the platform] with many followers who spread fake news, and there’s nothing we can do about it,” he regretted.

The only way the unit can respond is by tracking down clips, memes and other malign data on Telegram and following it to other social media and video-sharing websites so it could at least be deleted there, Goldstein said.

Since being introduced in 2013, Telegram has faced restrictions in a number of countries over its reluctance to cooperate with authorities in relation to extremist content and the use of the encrypted massager by various protest organizers. The app was blocked in Russia between 2018 and 2020, while a lawsuit was filed in the US in January, calling for it to be removed from Apple’s App Store.

Previously, Telegram had removed jihadist and far-right accounts, as well those calling for violence, but there have been no reports of it targeting vaccine disinformation.

The platform has garnered support from many users who see it as one of the last remaining bastions of free speech online. According to founder Pavel Durov, Telegram became the world’s most downloaded app last month amid a crackdown on Donald Trump’s supporters by Twitter, Facebook and YouTube.