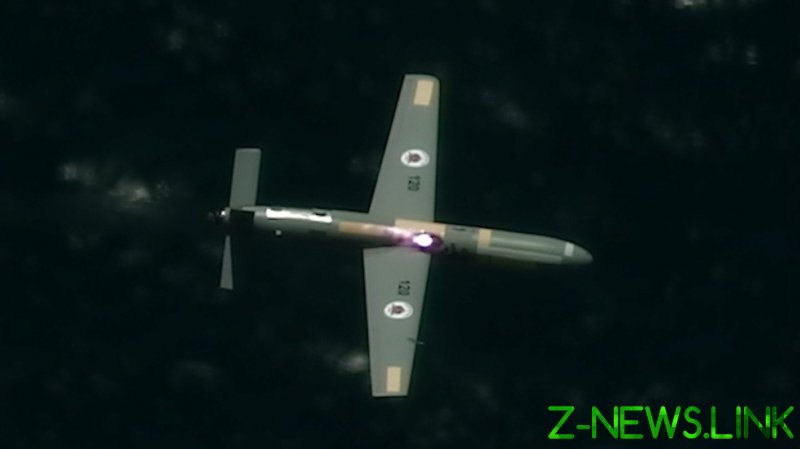 During the interception trials last week, a laser system was installed on a civilian Cessna aircraft, tasked with locating and destroying drones with the aid of an autonomous detection and tracking system, the ministry said.

“We successfully intercepted several UAVs in the air, within a range of more than one kilometer,” Brig. Gen. Yaniv Rotem, the head of the ministry’s research and development team, said.

“This is the first time in the State of Israel that we have succeeded in doing this,” he added, hailing the test as a “groundbreaking technological achievement” for the Jewish state. Rotem told reporters that the defense ministry plans to “have a laser in the Gaza area.”

Footage released by the ministry showed the laser system burning through several drones, causing them to explode and fall into the sea. The faces of the system’s operators and other servicemen featured in the clip were blurred.

The system is intended to initially play a defensive role, to take out rockets fired into Israeli territory, as well as an offensive one, down the line.

One key tactical disadvantage of ground-based lasers is that they become quite useless in cloudy or foul weather, whereas the air-mounted version is being developed especially to overcome this limitation as the carrier plane can ascend above cloud cover.

A ground-based laser is expected to be put in service by the Israel Defense Forces (IDF) sometime in 2024. As for the air-mounted system, it could take at least another decade before it can become operational, Rotem said. Its future tests will focus on putting the laser in larger areas and on further increasing its range and effectiveness, he added.