Home / WORLD / Israel’s airstrikes in Syria are not newsworthy for Western media, as a result status quo continues & civilians suffer

Israel’s airstrikes in Syria are not newsworthy for Western media, as a result status quo continues & civilians suffer 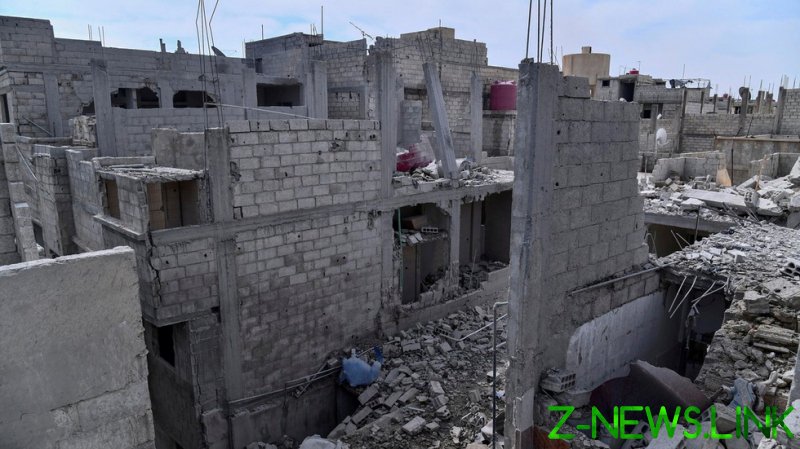 On Thursday, just after 11pm, Israeli missiles targeted the vicinities of Damascus and Homs, according to a statement from the Syrian army. Russia’s Reconciliation Center for Syria said Israel did so via six planes which fired 24 guided missiles at Syria.

In its attack on Syria, Israeli missiles put two passenger airplanes in Syrian and in Lebanese airspace at risk, particularly the 130 civilians and flight crew on a Middle East Airlines flight coming from Abu Dhabi to Beirut. Flight trackers show the plane abruptly changed course to avoid being targeted.

Flashback to 2018, when Israel attacked Syria using the cover of a Russian plane – whose presence was legal in Syria, having been invited by the Syrian government, contrary to the invading Israeli plane. Syrian air defense missiles responded to the threat, downing the Russian plane.

Just last month, Israel attacked Syria on multiple occasions, including during Eid al-Adha, one of the holiest times for Muslims.

The reality is that Israel’s bombings of Syria are so routine that this latest attack is hardly ‘news’ and it is hard to make it newsworthy to write about. I’ve written about such attacks before, including noting (February 2021): “Israel’s military chief of staff boasted earlier about hitting over 500 targets in just 2020 alone.”

But each attack is, in my opinion, newsworthy, because each of them affects, if not kills, civilians.

Surely, it would be newsworthy if the routine bombings of a neighboring sovereign country were committed by, say, Russia or China. The entirety of Western media and all of the internet would be livid and demanding accountability.

Israel’s pretext when bombing Syria is usually that it is, “targeting Iranian-backed fighters,” a charge gleefully reprinted in media and by sources supporting the fall of the Syrian government.

British journalist Vanessa Beeley, who lives in a heavily populated suburb on the outskirts of Damascus, tweeted of feeling the impacts of the bombings.

Now imagine all of the people in the vicinity feeling that impact, not knowing if that night they would finally be struck. That’s the thing we don’t hear much of if these attacks even make any media coverage: how they impact on civilians, even those not directly injured but terrorized by them.

I know very well of the terror of being near a site Israel has just bombed. And although I have many anecdotes from my three years of living in Gaza, one rather poignant incident involved me sleeplessly musing on the rooftop of the simple central Gazan home I lived in on a hot August 2011 night. I wrote:

“I am watching sporadic shooting stars when the first F-16 appeared from the direction of the sea. Three more follow. The roar is normal, F-16s are normal, and reading in the news the next day that some part of Gaza was bombed is normal. They continue eastward and a bombing seems imminent. It is. A thick cloud of black smoke blots the dim lights of houses in eastern Deir al Balah where the F-16s have struck.”

I went on to write about the planes attacking the city of Khan Younis to the south, and suddenly, bombing close to me.

“Two massive blasts, the house shakes. They’ve bombed somewhere near the sea, which is only a few hundred meters away. Concrete dust flutters down upon us. There is a sustained honking in Gaza that everyone recognizes as make way, we’ve got another victim here.”

And, if I may dwell on this one simple anecdote, I remarked on how the men in the house tried to appear calm and cool but, while we were all accustomed to such random bombings and either put on a brave face or genuinely stop flinching, they do still affect you deeply.

“Every time one of those f***ing F-16s flies over us, it’s a reminder of the last war, or of previous attacks, or of random bombings, or of friends and family martyred in their sleep, cars, homes… Every time those F-16s intentionally break the sound barrier to create a bomb-like sonic boom, everyone within range instinctively remembers their own personal horror at whichever Israeli war or attacks.”

I have more terrifying, all night long bombing memories, with massive bombs landing nearby, including just tens of meters away. Those were during the 2008/9 war on Gaza. With the above account, I want to emphasize how these terrors occur on any random day, but will never be heard of in the media.

But it isn’t just the already bad enough bombings. The psychological terror aspect includes the near-continuous presence of drones overhead.

After Israel’s latest bombing of Syria, I spoke with Lebanese journalist Marwa Osman. She emphasized how Israel’s violation of Lebanese airspace is an almost daily occurrence.

“All day, you can hear them [Israeli drones]. It causes a nervous breakdown for any human to keep listening to this all day. I can’t even imagine what they feel in Gaza when they have them all the time overhead.”

If you haven’t ever been under one, much less tens, of military drones, you won’t know how deeply disturbing hearing them is. It is hard to concentrate with such an ominous cacophony constantly overhead.

When in early August, in what the Israel army claimed was a “retaliation” attack, Israel fired artillery shells at the Khiam region of southern Lebanon, Osman was at her home less than one kilometer from the bombings. She spoke of the terror of her children. “I found one of them hiding under the sink, I found two of them hiding in my bedroom near the closet because they thought this was the safest place to be.”

Lebanon’s minister of defense condemned Israel’s recent attack and has, “called on the UN to deter Israel from carrying out airstrikes on Syria using Lebanese airspace.” Russia and Iran have on more than one occasion condemned the attacks, rightly noting they violate international law and Syria’s sovereignty. And of course the Syrian government condemns such attacks every time they occur.

But in spite of this, the condemnations get limited notice and the status quo continues. In a day or two, or a week or month, there will be another such Israeli attack that will, again, be deemed not newsworthy.