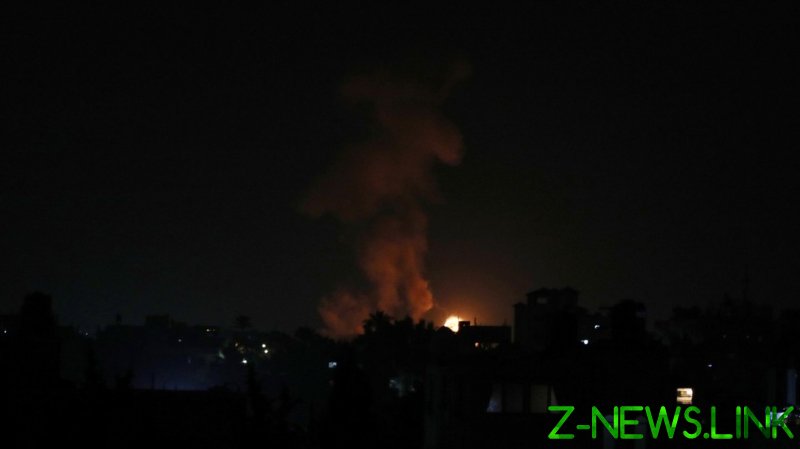 The bombing took place shortly before midnight on Monday local time. The Palestinian Quds News Network claimed that Israeli jets and drones circled overhead before launching airstrikes on the city of Khan Younis in the southern Gaza Strip.

Enormous explosions were captured on video, with the Israeli bombs sending columns of smoke and fire into the night sky.

Israel’s military has claimed that they struck a “Hamas rocket manufacturing site and military compound” in retaliation to “arson balloons” launched from Gaza, while accusing Hamas of “terrorizing” Israeli civilians amid the Jewish New Year, celebrated from the sundown on Monday through Wednesday.

The strikes come several hours after local authorities in the Sha’ar Hanegev Regional Council reported that incendiary balloons launched from the direction of the Gaza Strip sparked several fires in the area. The fires were promptly extinguished and have not resulted into any major damage.

The bombing also took place shortly after six Palestinian militants escaped from a high-security prison in northern Israel by tunnelling through their cells and into the facility’s drainage system. The escape sparked a massive manhunt by the Israeli police and military.