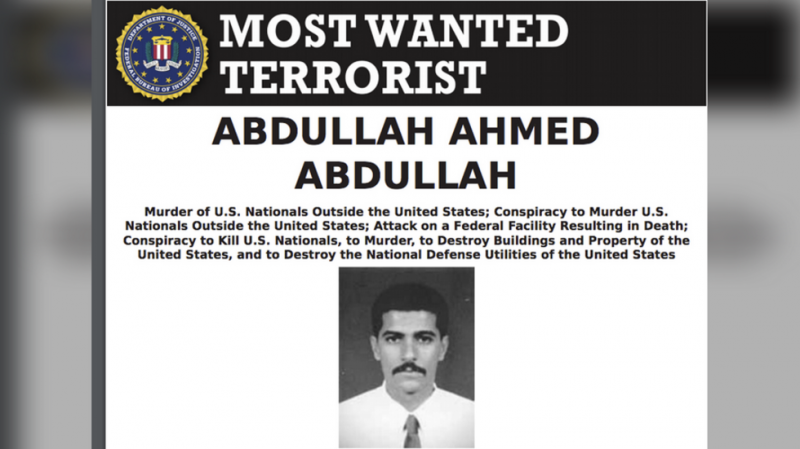 Al-Qaeda’s second-in-command and his daughter were shot dead three months ago in the streets of Tehran by a pair of Israeli assassins acting “at the behest of the United States,” the NYT reported on Friday. Iranian authorities have supposedly kept the killing under wraps, and al-Qaeda itself has not revealed the death of one of its founding members.

Abdullah Ahmed Abdullah, a.k.a. Abu Muhammad al-Masri, was allegedly shot along with his daughter Miriam by two Israeli assassins riding on a motorcycle, the sources claimed. The killers reportedly pulled up alongside Abdullah’s white Renault sedan on the evening of August 7 and fired five shots from a pistol equipped with a silencer into the vehicle, hitting their targets with four of the bullets.

Abdullah and his daughter had been living freely in Tehran’s Pasdaran district since 2015, when they were released from Iranian custody as part of a prisoner exchange with the terrorist group, swapped out for an Iranian diplomat the terrorists had kidnapped in Yemen. Miriam was the widow of Hamza bin Laden, son of alleged 9/11 mastermind Osama. The younger bin Laden, whom Miriam’s father had mentored, was reportedly killed by a US airstrike last year somewhere between Afghanistan and Pakistan.

No country has publicly claimed responsibility for Abdullah’s death, and the terrorist – widely tapped to take over in the event of current leader Ayman al-Zawahiri’s death – remained featured alongside a $10 million reward on the FBI’s Most Wanted list as of Friday. He was indicted by the US for his alleged involvement in the 1998 bombing of US embassies in Dar es Salaam, Tanzania and Nairobi, Kenya. Those attacks took place 22 years to the day before Abdullah was allegedly killed.

Iranian media supposedly covered-up the shooting as the killing of “Lebanese history professor” Habib Daoud and his daughter Maryam. The terrorist and his offspring were said to be closely monitored by Iranian intelligence following their release, though Iran claimed in 2018 that al-Qaeda agents who surfaced in the country were captured and returned to Afghanistan. While al-Qaeda remains a bitter enemy of Iran, Abdullah’s presence as a free man in the country even after he gained his freedom is already being used to demonize the country for allegedly working with terrorists against the US. The officials who spoke to the Times declined to reveal the extent of US involvement in the killing.

While it’s not immediately clear why Israel would choose this particular moment to reveal having conducted an extrajudicial killing on Iranian soil for the US, there may be strategic value for Tel Aviv in both painting Iran as a nation that willingly harbors terrorists and depicting the US as a nation that won’t hesitate to conduct extrajudicial killings in third-party territory. Democratic President-elect Joe Biden has hinted he would return the US to the JCPOA Iran nuclear deal, which was signed in 2015 while he served as vice president under Barack Obama.

Israel has warned the US that reentering the nuclear deal will trigger war in the middle east, insisting that the deal – which would relax international sanctions on Tehran – represents an “existential threat” to Tel Aviv.