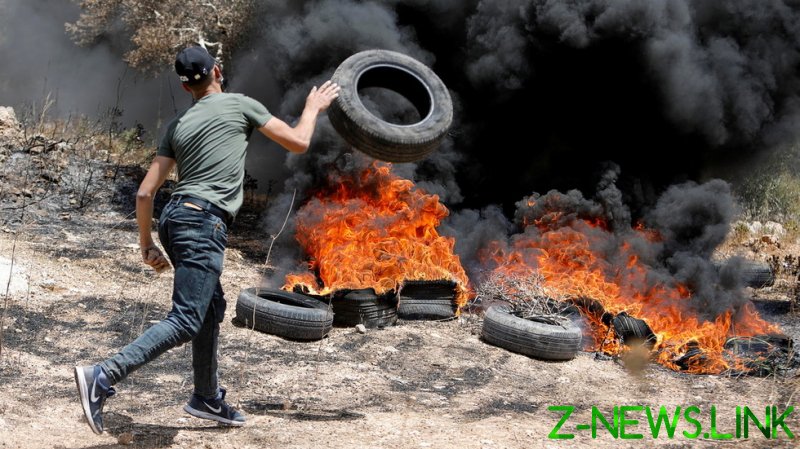 Earlier on Friday, hundreds of Palestinians gathered outside the town of Nablus in the northern West Bank to protest the illegal construction of Israeli settlements in the area.

The demonstrators, some of whom had their faces covered with masks and scarfs, reportedly threw stones at the soldiers and set tires alight.

Israeli troops responded to those actions with tear gas, rubber bullets and live fire, killing one man, the Palestinian Ministry of Health said.

The 28-year-old victim received a gunshot wound to the chest and succumbed to his injuries within minutes, according to local reports.

Ten other Palestinian demonstrators were injured by Israeli gunfire, according to the Palestinian news agency Wafa.

A spokeswoman for the Israel Defense Forces (IDF) said reports of the Palestinian’s death were being checked.

The recent 11-day conflict between Israel and Hamas resulted in the deaths of 248 Palestinians, including 66 children, in Gaza, and 12 fatalities in Israel, two of whom were children.