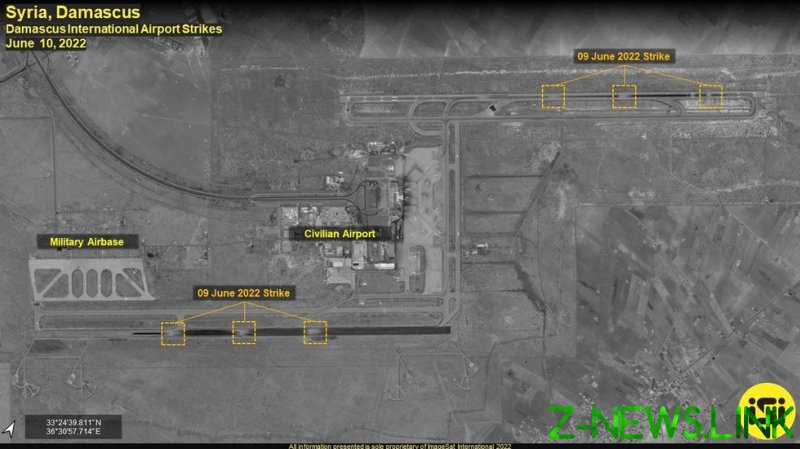 Syrian authorities on Friday said that the Damascus International Airport temporarily suspended operations due to “technical disruptions,” just hours after a massive airstrike blamed on Israel. An Israeli satellite company showed photos of severely damaged runways and claimed the airport has been “completely disabled.”

All flights have been suspended for at least 48 and some traffic is being rerouted through Aleppo, AFP reported citing an airport employee who wished to remain anonymous.

Russia confirmed that the airport has suffered “serious damage,” and that Syrian officials told Moscow repairing the damaged runways may take “significant time.”

While Israel has not officially commented on the attack, satellite company ImageSat International (ISI) published photos of the severely damaged runways and said that Friday’s strike “disabled the entire airport until repair.”

Previous strikes on the airport in April and May damaged multiple connecting runways and shortened the main one, before it was taken out of commission entirely on Friday morning, ISI noted.

The missiles came from the direction of the Israel-occupied Golan Heights shortly after 4 am local time on Friday, and that most of them were shot down by air defenses, Syria media said. The attack “resulted in the injury of a civilian and the infliction of some material losses,” according to one official. 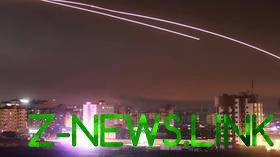 Israel has repeatedly targeted Syria with missiles, usually fired from the Golan or from Lebanese airspace, wary of air defense systems provided by Russia to Damascus. On the rare occasions that Israel has acknowledged the attacks, its government said it was exercising preemptive self-defense against the Iranian presence in Syria.

Tehran has offered military aid to Damascus in recent years against both Islamic State (IS, formerly ISIS) terrorists and other jihadist militants. Israel claims Iran is using civilian flights to Syria to smuggle weapons and missile parts to Hezbollah in Lebanon.

Syria has repeatedly protested “Israeli aggression,” to no avail. On Friday, Moscow sent another warning to Tel Aviv.

“We demand that the Israeli side stop this vicious practice,” Zakharova added, noting that such “irresponsible” actions endanger innocent lives and create serious risks for international air traffic.