Home / WORLD / Israeli public must support its troops or there’ll be no one left to protect it, IDF chief warns

Israeli public must support its troops or there’ll be no one left to protect it, IDF chief warns 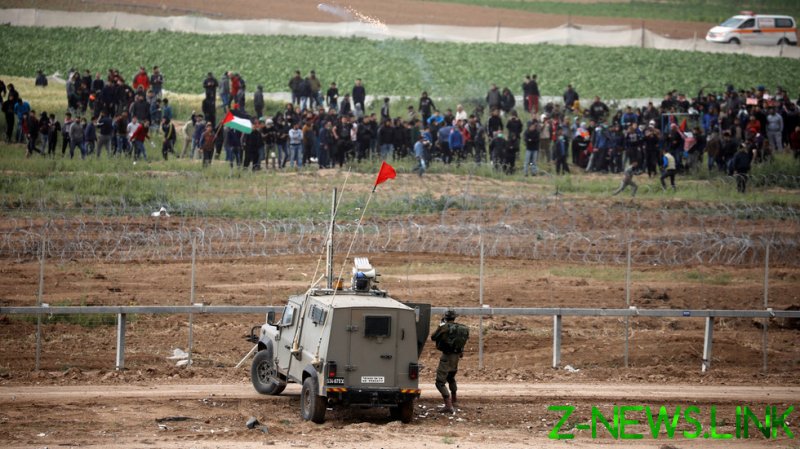 “A society that doesn’t back its soldiers and commanders, including when they make mistakes, will discover that it has nobody to fight for it,” Kohavi wrote on Saturday in what Israeli media described as a “highly irregular” public letter.

The warning came in response to the public outcry over the death of border guard Barel Hadaria Shmueli, who was shot in the head at point-blank range during clashes along the fence separating Israel from Gaza on August 21 and later succumbed to his wounds. Two Palestinians were also killed and 40 others injured in the violence, which was followed by Israeli airstrikes against targets in Gaza.

Shmueli’s family, which is backed by right-wing activists and lawmakers, has blamed his death on the IDF’s overly restrictive rules of engagement that they claimed prevented the soldiers from containing the Palestinian rioters at the border and properly defending themselves.

The military rejected those speculations, with the findings of its initial investigation suggesting that the poor placement of troops and slow response by the commander when the protesters rushed to storm the fence were the reasons why Shmueli lost his life.

In his letter, Kohavi insisted that “there is always the possibility of mistakes being made” during combat as commanders are forced to make decisions fast and often without having all the necessary information.

“Commanders and soldiers, you have my fullest backing. Continue to initiate and to take responsibility, to dare, and to bear the consequences,” he wrote.

Speaking of the leadership system in the IDF, the chief of staff pointed out that the military wasn’t planning to change it, but is going to “bolster” it instead.

“This is not only an issue for the IDF, it is an issue for the State of Israel, and at its heart is the question of what kind of military commanders it wants – bold and full of initiative or defensive and hesitant. Be bold,” Kohavi urged.

The IDF chief’s letter was welcomed by Israeli Prime Minister Naftali Bennett, who also assured the military commanders of his “total and complete” support. “Whenever there’s a battle, there are mistakes, sometimes they are tragic,” the PM pointed out.

However, Bennett condemned the MPs and activists who joined Shmueli’s family in their attacks on the military. “I expect that politicians and public figures will not touch the IDF and its commanders. We have no other IDF,” he said.