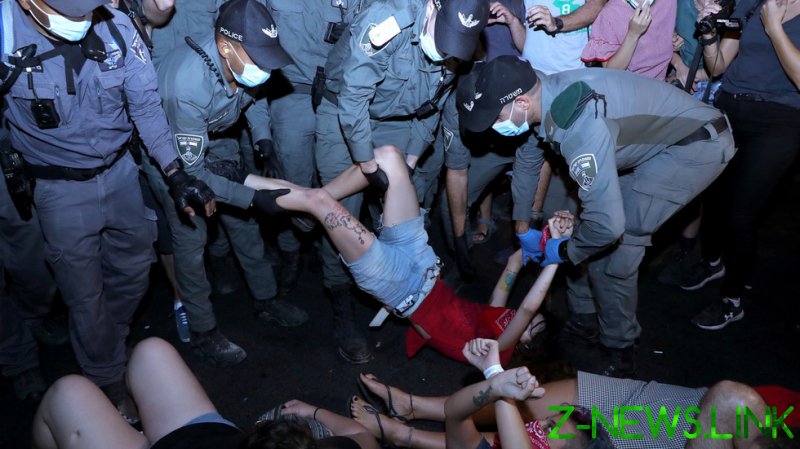 Thousands hit the streets of Jerusalem on Saturday night, as protests against Netanyahu continued for the 11th consecutive weekend, although they failed to replicate last week’s record numbers.

As one group gathered in front of Netanyahu’s official residence, another crowd marched through the city to join them. About a dozen people were arrested for trying to cross barricades, veering off-path, ignoring police orders, and “fighting with cops.”

One of those detained was a performance artist, Zeev Engelmayer, who showed up “dressed as a naked woman, in a way that could constitute sexual harassment of the public,” according to police.

The weekly protests have brought Israelis together on a variety of issues, including the longstanding corruption charges against Netanyahu, as well as the unemployment rate and overall state of the Israeli economy.

The government’s handling of the coronavirus crisis also faced criticism, as the death toll in Israel passed 1,000 this week, with nearly 30,000 confirmed active cases.

Netanyahu has repeatedly dismissed the protesters as “leftists” and “anarchists,”blaming the media for inciting violence.