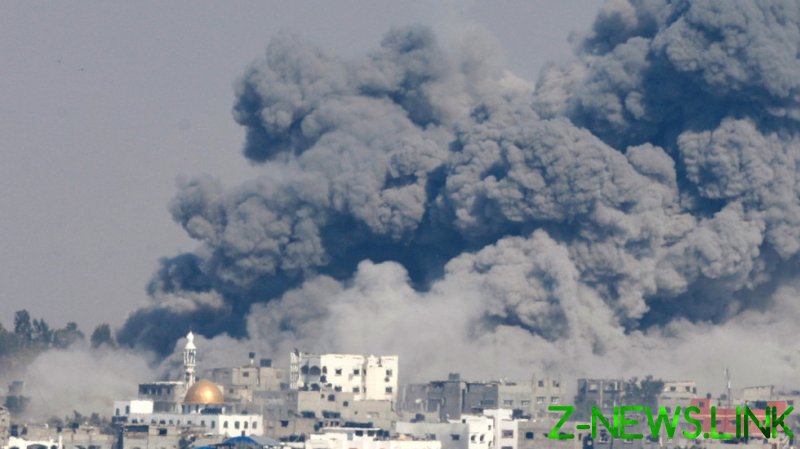 Israeli Prime Minister Netanyahu personally called up Biden last week to request he keep the Trump administration’s sanctions against the International Criminal Court (ICC) in place, lest the court launch its long-threatened war crimes investigation into Tel Aviv’s atrocities in Gaza and the West Bank, Axios reported on Wednesday.

A failure to maintain those sanctions could be interpreted by ICC prosecutor Fatou Bensouda as a sign Washington isn’t “firmly opposed” to such an investigation, Israeli officials have argued, apparently concerned that an ICC probe would produce international arrest warrants against a multitude of Israeli officials and military personnel. Such a development could also add fuel to the Boycott, Divestment and Sanctions movement, which seeks to exert economic pressure on Israel in the manner of the anti-apartheid campaigns against South Africa. Besides that, Tel Aviv also argued it could green light the next step in the ICC’s prosecution of the US’ own alleged war crimes.

Previously, Israel has leaned heavily on its allies, reportedly asking “dozens” of countries to convey a “discreet message” to Bensouda advising her against opening war crimes probes in the West Bank, Gaza, and East Jerusalem. Israeli ambassadors around the world were sent classified cables earlier this month ordering them to begin lobbying against the ruling, asking host governments to issue “public statements of opposition” to the judge’s decision. However, only the US and Australia have done so.

The Israeli diplomats were also asked to plead with their hosts to pressure Bensouda not to move forward with the investigation. “You are instructed to tell the highest levels of government that if an investigation against Israel starts it will create a continuous crisis between Israel and the Palestinian Authority that will not allow any diplomatic progress to take place between the parties,” the cables read.

The ICC ruled last month that it has jurisdiction in the Palestinian territories of Gaza and the West Bank, despite Israel’s long-declared illegal claim to those territories, noting that while Israel isn’t a party to the Rome Statute that created the ICC in 1998, Palestine is. While the US recognized Israel’s claim over its illegal West Bank settlements last year, the United Nations does not recognize its authority there – just like in Gaza or the Golan Heights.

The court began seeking to prosecute Israel and Hamas over alleged war crimes during Israel’s 2014 war on Gaza and its illegal construction of settlements in the West Bank in December 2019, triggering immediate US opposition.

The ICC has also made it clear it wishes to begin an investigation into US war crimes during the war in Afghanistan, concluding a preliminary investigation in 2017 with the finding that “reasonable grounds” existed to believe that war crimes had been committed between the period of 2003 to 2014. While Afghanistan is a member of the ICC, the court’s announcement last March that such a probe was forthcoming led an enraged Trump administration to slap sanctions on Bensouda and threaten the court’s other judges as well. Then-Secretary of State Mike Pompeo had specifically threatened further sanctions on the court should it follow up on a probe into Israel.