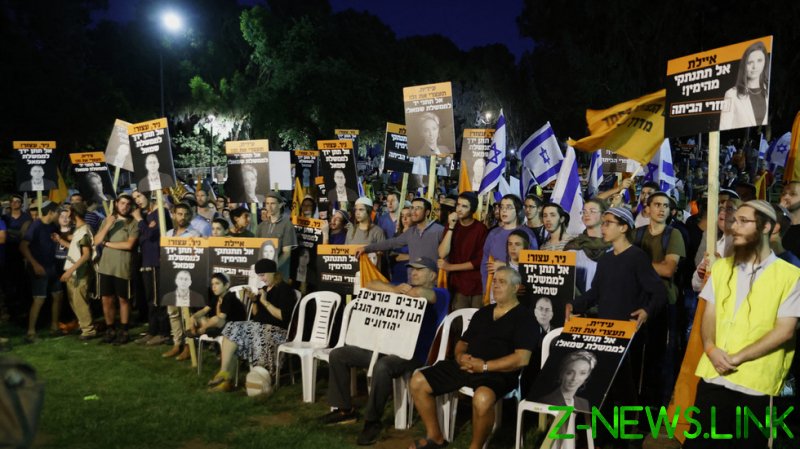 “I condemn all kinds of incitement and violence from any side,” Netanyahu said at a meeting of his party, Likud, as quoted by Haaretz newspaper. The PM added that incitement should be distinguished from free speech.

Netanyahu’s comment came a day after the head of Israel’s domestic security service Shin Bet warned about the rise of “violent and inciting discourse” on social media in the wake of eight parties forming a coalition to oust Netanyahu.

“This discourse may be interpreted among certain groups or individuals as one that allows violent and illegal activity and could even lead to harm to individuals,” Nadav Argaman warned, calling for an “immediate cessation” of hateful speech.

Netanyahu has previously argued that the diverse coalition against him will “endanger” Israel and its military.

The leaders of the right-wing Yamina party, Naftali Bennett and Ayelet Shaked, were accused by conservative activists of breaking their campaign promise by agreeing to work with the Islamist Arab Ra’am party and the centrist Yesh Atid party in an anti-Netanyahu ‘unity’ government.

Police boosted Bennett’s and Shaked’s security after around 300 people protested outside Shaked’s home in Tel Aviv. An investigation was earlier launched into online threats made against Bennett.

Bennett defended his decision to work with Yesh Atid and Ra’am as the only way to “get Israel out of the chaos,” referring to the prolonged political gridlock that has spurred an unprecedented four legislative elections in just two years.

Under the rotation agreement, Bennett, a former defense minister under Netanyahu, will serve two years as Israel’s next PM, after which he will hand the second half of the four-year term to Yair Lapid, the leader of Yesh Atid and a former finance minister.

Yariv Levin, the speaker of Israel’s parliament, said he will bring the coalition agreement for debate on Monday. Israeli media reported that a vote of confidence in the new government will take place by June 14.