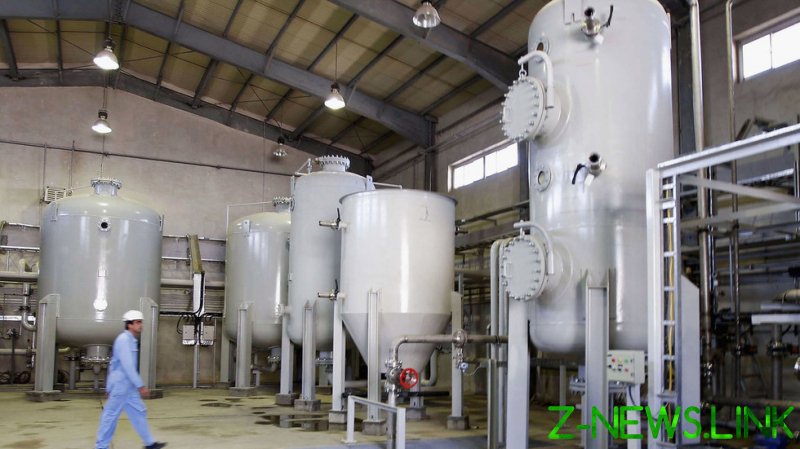 “Iran’s decision to continue violating its commitments, to increase the level of enrichment and advance its abilities to enrich uranium underground cannot be explained in any way other than the continued implementation of its intention to develop a military nuclear program,” Netanyahu said in a statement.

A spokesperson for the Iranian government, Ali Rabiei, told the Mehr News Agency on Monday that Tehran was pursuing uranium enrichment to a purity of 20 percent, which is lower than the 90 percent weapons-grade level, but is still a breach of the 2015 JCPOA nuclear deal.

Last month President Hassan Rouhani accused of Israel of being behind the assassination of top Iranian nuclear scientist Mohsen Fakhrizadeh, who was killed in late November 175 kilometers from Tehran.

Earlier in November, Netanyahu had warned against Iran’s nuclear program, urging against any return to the nuclear deal abandoned by US President Trump in 2018, and instead calling for an “uncompromising policy to ensure that Iran does not develop nuclear weapons.”

The Israeli PM has previously given elaborate presentations on what he said is Iran’s secret “nuclear weapons development site” at Abadeh in the south of the country.