Israeli officer to be stationed in Arab country in historic first 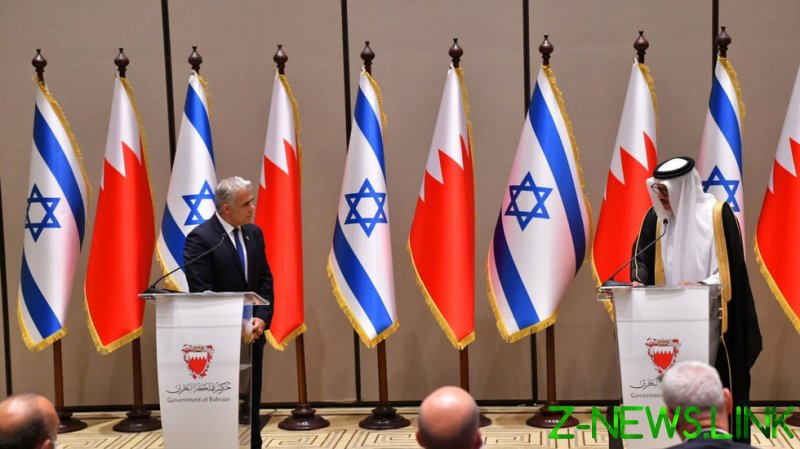 “The appointment of an Israeli officer comes within the framework of arrangements related to an international coalition, comprising more than thirty-four countries,” Bahrain’s Ministry of Foreign Affairs stated, as cited by Bahrain News Agency (BNA).

The coalition “secures freedom of navigation in the territorial waters of the region and protects International trade,” while also “confronting acts of piracy and terrorism in the region,” the statement continued.

Earlier reports in the Israeli media suggested that the unnamed officer would travel to the island kingdom to serve as a liaison to the US Navy’s Fifth Fleet. The move was reportedly agreed upon during Israeli Defense Minister Benny Gantz’s visit to Bahrain last week, where he was presented with a ceremonial sword. The visit saw the two nations signing a security cooperation agreement, the fist such deal between a Gulf nation and Israel.

The Israel Defense Forces (IDF) has not confirmed the appointment so far. In a statement to Channel 13 Thursday evening, however, the IDF signaled that the matter was under discussion, saying that Tel Aviv was ”constantly examining opportunities to deepen military cooperation with the countries of the region.”

The relations between Bahrain and Israel have improved significantly in recent years, with the two countries officially establishing diplomatic relations in September 2020. The so-called “normalization” agreement was brokered by former US President Donald Trump who announced its signing from the White House.

In 2021, Bahrain dispatched its first ambassador to Israel, while Israel opened an embassy in Bahrain’s capital.