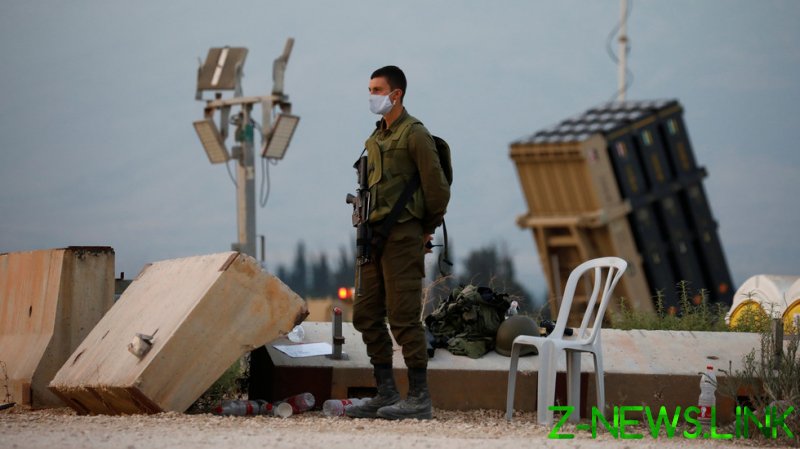 The Israel Defense Forces (IDF) claimed that a long-range SA-5 surface-to-air missile was launched from the direction of Syria toward Israeli fighter jets that were reportedly carrying out airstrikes in the Syrian Golan. The missile exploded in a village just a few miles from Dimona, the Negev desert town where Israel’s nuclear reactor is located, on Thursday morning.

The IDF said that it does not believe that the nuclear site was specifically targeted and that the missile was not meant to strike any particular site on the ground. The projectile did not result in any injuries or serious damage.

Israeli radar detected that at least one of the missiles was heading toward the Negev desert, triggering sirens in the area and sending IDF anti-air crews into action. However, the defensive measures failed to stop the SA-5 from landing.

Commenting on the incident, Defense Minister Benny Gantz acknowledged at a press conference in Tel Aviv that an attempt to intercept the missile “did not succeed” and that the IDF are investigating what went wrong.

The IDF has declined to identify which of its air defense systems was involved in the unsuccessful effort to shoot down the alleged Syrian projectile.

In response to the apparently off-target missile, Israel claims to have targeted a Syrian battery located approximately 24 miles (40km) from Damascus. Syria’s air defenses were said to have intercepted “most of the enemy missiles,” according to a military spokesman. Several Syrian soldiers were reportedly injured in the Israeli strike.

Israel has often relied on its Iron Dome missile defense system to shield it from projectiles fired by Hamas militants in Gaza. In most cases, Israel has alleged that the missile shield has been able to intercept incoming rockets.

In February, Israel’s internal security service arrested an Arab man over allegations he was spying and providing information on state missile defenses to Hamas.

The missile exchanges come amid ongoing tensions between the two rival neighbors. Israeli warplanes routinely carry out strikes in Syrian territory, although the IDF rarely comments on such operations. Earlier this month, four Syrian servicemen were injured in a missile attack that reportedly came from the Israeli-occupied Golan Heights.