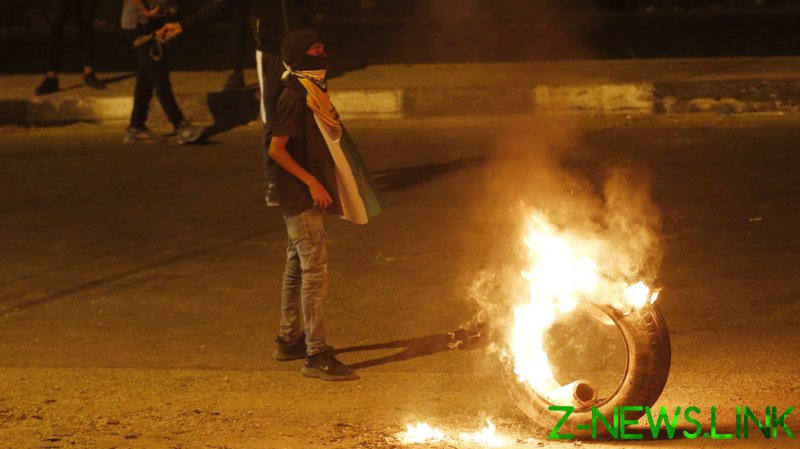 The raid early on Sunday morning in the city of Jenin in the occupied West Bank was conducted by the Israeli military, the domestic security service Shin Bet, and the police special forces. The two fugitives, Ayham Nayef Kamamji and Munadel Yacoub Infeiat, surrendered without a fight. Two other people, who were helping the fugitives, were arrested as well, according to Israeli officials.

Fouad Kahamji, Ayham’s father, told the media his son had called him after the house was surrounded and said he didn’t want people around him to get hurt. Purported footage of the moment of the arrest was shared on social media.

Kamamji and Infeiat were the last of six Palestinian fugitives who tunneled out of Gilboa Prison on September 6 in what became a major embarrassment for the Israeli authorities. The four others were arrested in pairs last week in Nazareth, northern Israel. Five of the inmates are members of the militant group Islamic Jihad, while one belongs to a Fatah-affiliated group and was a commander during the second Palestinian intifada in the early 2000s.

Israel considers them dangerous terrorists, with all six convicted or suspected of planning attacks against the Jewish state. Many Palestinians perceive them as national heroes, fighters of an armed resistance against Israeli occupation. Their prison break became a rallying event, an example of overcoming the much-stronger opponent despite all its technological superiority. Rallies were held in the West Bank and Gaza in honor of the escapees. After the previous arrests, Gaza militants launched rockets at Israel.

The Israeli incursion into Jenin to rearrest the two fugitives was met with resistance. According to Israeli officials, as their forces were retreating from the city, they were pelted with stones and explosives, as well as shot at. There were no casualties among the joint task force, but three Palestinians were reportedly injured in the clashes.

The capture was celebrated by Israeli Prime Minister Naftali Bennett as a major success, redeeming the failure to keep the Palestinian inmates in their cells. He thanked the security agencies involved for conducting an “impressive, sophisticated and swift operation,” adding: “What went wrong can be rectified.”