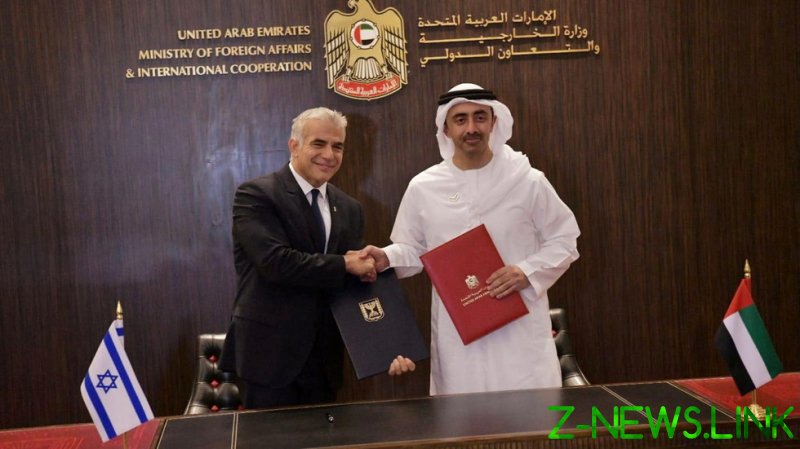 “Israel wants peace with its neighbors, with all its neighbors,” Lapid said during a ribbon-cutting ceremony at Israel’s new embassy in Abu Dhabi. “We aren’t going anywhere. The Middle East is our home.”

“We’re here to stay. We call on all the countries of the region to recognize that and to come to talk to us,” he added.

The UAE opened its own embassy in Israel, temporarily located in the Tel Aviv stock exchange, earlier this month.

Lapid’s statement was a bold one. The UAE only officially recognized Israel last year under the Abraham Accords, a series of deals crafted by the administration of former US President Donald Trump. Bahrain also recognized Israel, and Morocco and Sudan followed suit under separate, Trump-negotiated deals. As part of the Abraham Accords, Israel agreed not to annex parts of the Palestinian West Bank and Jordan Valley.

While the UAE’s first president, Sheikh Zayed bin Sultan Al Nahyan, referred to Israel as “the enemy” of the Arab nations in the 1970s, both countries pressured the Obama administration to take a tough line on a common enemy, Iran. Relations between the two states were conducted in secret and via intermediaries, until the negotiation of the Abraham Accords last year.

The realignment has angered Palestinians, who see their Arab neighbors’ alliances with Israel as sidelining their cause. Palestinian President Mahmoud Abbas on Tuesday referred to the accords as “an illusion,” and claimed that western colonial powers had placed “Israel as a foreign body in this region in order to fragment it and keep it weak,” Reuters reported, citing the official Palestinian news service WAFA.