Home / WORLD / Israel warns the world: Threat is ready to take it into ‘dark abyss’

Israel warns the world: Threat is ready to take it into ‘dark abyss’ 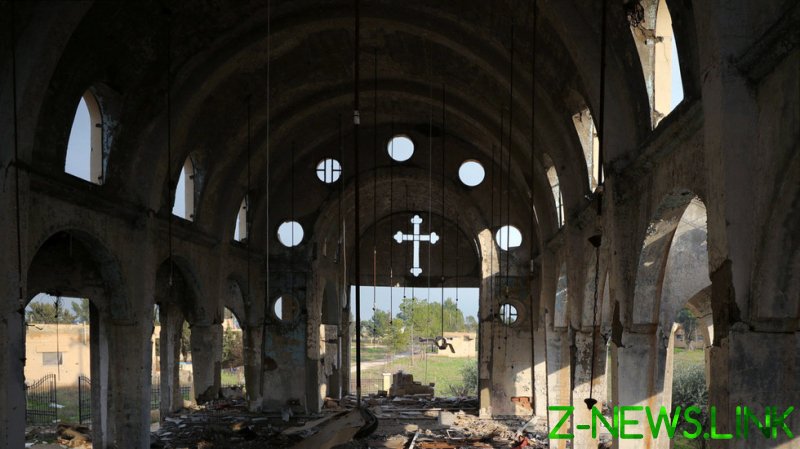 In a pre-recorded message delivered during the Government Press Organization’s annual Christian Media Summit on Thursday, the PM remarked that “Here in Israel, we are fighting a very visible enemy, radical militant Islam that is sweeping across the Middle East.”

The terror that begins in Tehran seeks to destroy Israel, dominate the world, and drive it into a dark abyss.

The premier’s remarks coincide with threats issued by the commander of Iran’s Islamic Revolutionary Guard Corps, Aerospace Force Brigadier General Amir Ali Hajizadeh. He warned that any mistake made by Israel in its dealings with Tehran will only accelerate Iran’s eradication of the Jewish state.

In his address, however, Bennett also noted positive developments in regional relations for Tel Aviv, claiming that Israel was “facing a new dawn” after creating ties with the United Arab Emirates and Bahrain under the Abraham Accords, inked last year. The agreement saw Israel normalize relations with the two nations.

Israel’s navy publicly participated in joint exercises with the UAE and Bahrain in a first-of-its-kind operation, which started on Wednesday. While it was not clearly declared anywhere, Tel Aviv’s media has surmised that the drills were also to send a warning to Iran.

Tensions between Tehran and Tel Aviv have simmered dangerously close to boiling point in recent months, with the latter expressing grievances over Iran’s nuclear program.

In October, Israel’s foreign minister proclaimed that the nation “reserves the right to act at any given moment and in any way” and insisted the Islamic republic must not get hold of an atomic bomb.