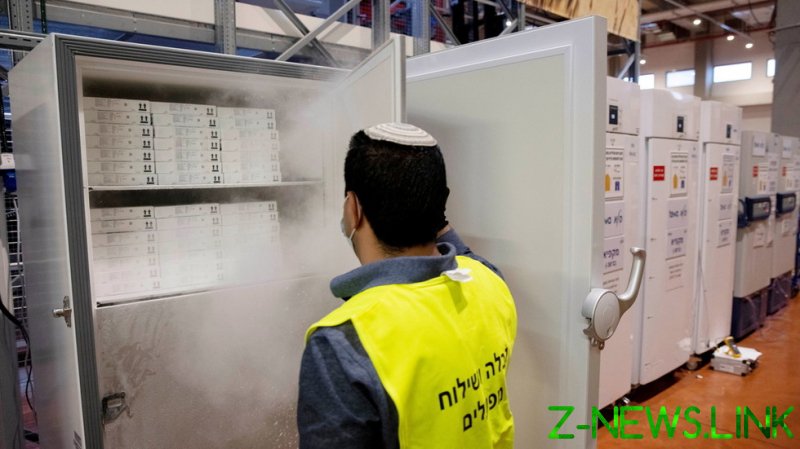 In a joint statement on Friday, Prime Minister Naftali Bennett’s office and that of the health and defense ministries said that an agreement had been reached with the PA to share more than a million short-dated shots.

The jabs, which Israel no longer needs as it has sufficient supplies already, will be transferred to the PA, in an agreement signed on Friday. The number of shots is put at around 1.1 to 1.4 million, and the statement adds that “the validity of all vaccine doses delivered to the PA will expire soon.”

The statement notes that in exchange for the vaccines delivered to the PA, Israel will take delivery of a shipment originally intended for Palestine in September-October. The Pfizer shipment in autumn contains the same number of shots as Israel is sending to Palestine. No date is given for the first delivery from Israel.

Israel had previously launched a program earlier in the year to vaccinate Palestinian laborers working in Israel.
Around 30% of Palestinians have received at least one vaccine shot to date, according to Palestinian officials, quoted by Reuters. The territory has received shots from a number of sources, including China, Russia, the United Arab Emirates, and the global COVAX vaccine-sharing initiative.

Nearly 60% of Israelis have been vaccinated with two shots, and school-aged children are now being vaccinated.