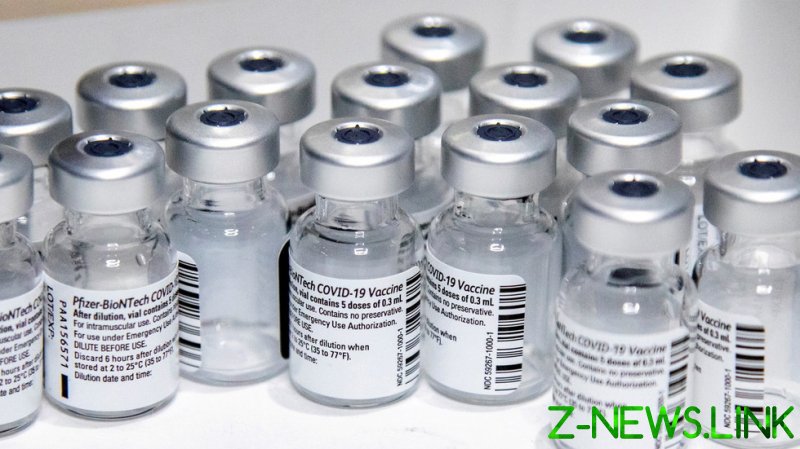 Announced by Bennett’s office early on Tuesday, the deal will see Tel Aviv ship out hundreds of thousands of nearly expired doses immediately, while Seoul, which is currently running low on vaccines, agreed to return the same number by September or October, after its future orders are fulfilled.

“We continue to protect the health of Israeli citizens,” Bennett said, calling the deal a “win-win” while adding that “South Korea will receive [vaccines] from our existing inventory, and we will receive [doses] from their future shipment.”

While a similar arrangement was initially struck with the Palestinians last month, with Tel Aviv agreeing to hand over nearly one million of its expiring shots, the Palestinian Authority determined the doses were too close to their expiry date after receiving the first shipment, calling off the deal altogether.

After that agreement fell through, Israel’s Health Minister Nitzan Horowitz said on Sunday that officials were in contact with “another country” and that a deal could be reached “in the next few days.” He declined to specify the country at the time, saying that might undermine the negotiations.

Hours before the deal with South Korea was announced, the Israeli Health Ministry reported a decline in the effectiveness of the Pfizer vaccine, the country’s primary coronavirus immunization. While it previously performed in the 90% range, over the last month the jab has dropped to an estimated 64% effectiveness against infection of any severity amid the rapid spread of a new mutation dubbed the ‘Delta variant’.

The lagging numbers prompted health officials to commission two studies looking at whether a third ‘booster’ dose will be needed to beat back the more contagious strain, while the government is considering reviving restrictions amid a small surge in new cases, 90% of which have been linked to the Delta variant.

Around 60% of Israel’s population has received at least one dose of the inoculation, though infections have also begun to appear among the vaccinated. More than half of the new patients reported last Friday had already taken the shot, fueling concerns among health officials as they race to study the newer variant.