Israel to put massive military balloon in the sky (VIDEO) 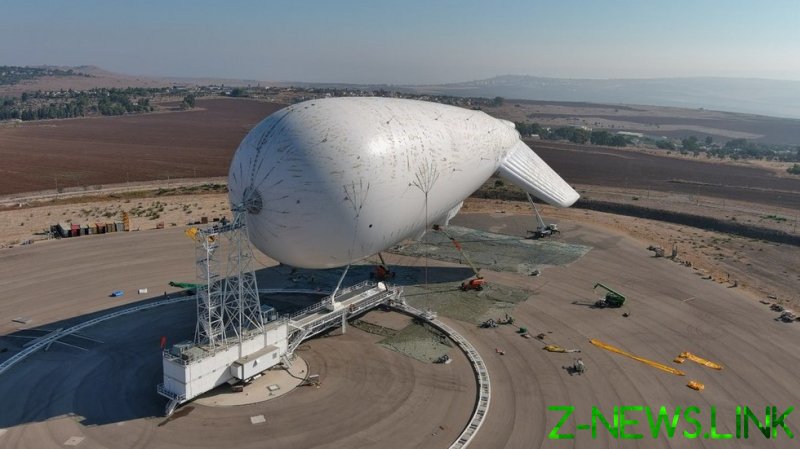 The ministry published a clip online on Wednesday, showing the huge blimp being inflated from several angles.

The exact specifications of the aircraft, which was dubbed ‘Sky Dew’, haven’t been announced, but it was described as one of the largest of its kind. Its radars are said to be able to detect incoming long-range missiles, cruise missiles and drones.

The system, jointly developed by Israel and the US, has undergone successful tests in recent months and is planned to be put in service in the north of the country soon, according to the ministry.

Defense Minister Benny Gantz has hailed the blimp as “another technological breakthrough that will strengthen the defense of Israel’s skies and Israeli citizens.” The new system “fortifies the wall of defense that Israel has built in the face of the distant and imminent air threats being built by its enemies,” he said.

Israel has been working hard to improve its air defenses in recent years due to concerns over the proliferation of Iranian-made drones and missiles in the Middle East region. The Jewish state is also frequently targeted by makeshift rockets and incendiary balloons, launched from Gaza by Palestinian armed group Hamas.

The flare-up between Israel and Hamas in May resulted in the deaths of more than 254 people in Gaza, including 66 children, according to the UN. The death toll from the intense exchange of fire on the Israeli side stood at 12 people, including two children.