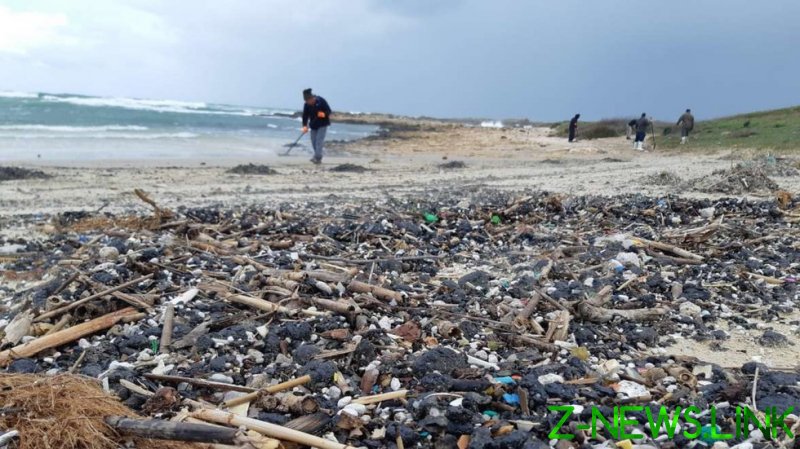 The population should “not to go [to the beaches] to swim, or do sports or leisure activity until further notice,” a warning, jointly issued by the Health, Interior and Environmental Protection ministries on Sunday, read. “Exposure to tar could harm public health.”

The announcement comes after several volunteers, out of thousands who’d helped clean up the aftermath of the oil spill on Saturday, felt sick and required hospitalization. Exposure to toxic fumes is believed to be the reason for their condition.

Volunteers will still be allowed to operate on the coast, but only after registering with the Israel Nature and Parks Authority and undergoing special training.

They’ll be fighting the tar together with the military, as Israel Defense Forces Chief of Staff, Aviv Kohavi, promised to deploy “thousands of IDF troops” to the Mediterranean coastline.

The spill of dozens of tons of oil occurred during a winter storm last week, with bad weather preventing the Israeli authorities from detecting it in a timely manner and dealing with the tar at sea. The story made headlines in the local media after the corpse of a 17-meter baby fin whale washed up on the Mediterranean shore together with dead turtles, fish and sea creatures. 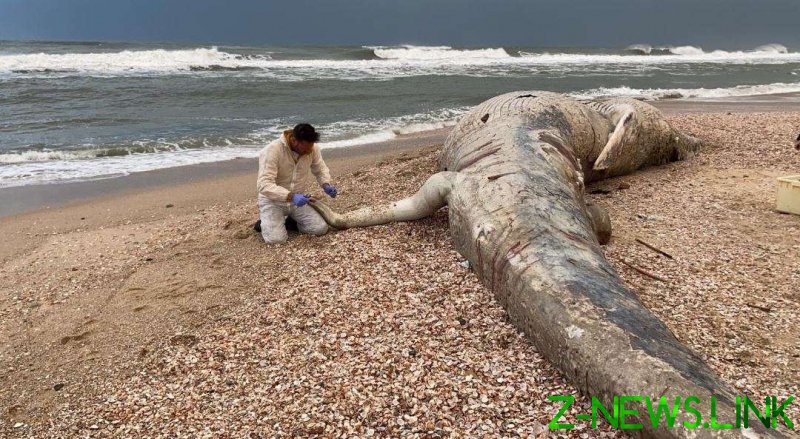 The results of the whale’s autopsy were announced on Sunday, with “black liquid” discovered in its lungs. However, it was too early to say whether oil was the reason for the death of the sea mammal, Nature and Parks Authority said.

Environmental groups have called the spill the worst disaster to hit Israel in decades, estimating that the recovery from it could take months or even years.

Ten days since the disaster, the Israeli authorities still haven’t found the exact source of the spill. They believe that one of nine ships passing about 50 km from shore could be responsible.

With satellite images and modelling of wave movements used to narrow the search, “there is a more-than-reasonable chance that we will be able to locate the specific ship,” Gila Gamliel, Environmental Protection Minister, said.

If the culprit is found, Israel may go to court, seeking compensation from insurance companies that will be used to deal with the aftermath of the spill, the minister explained.