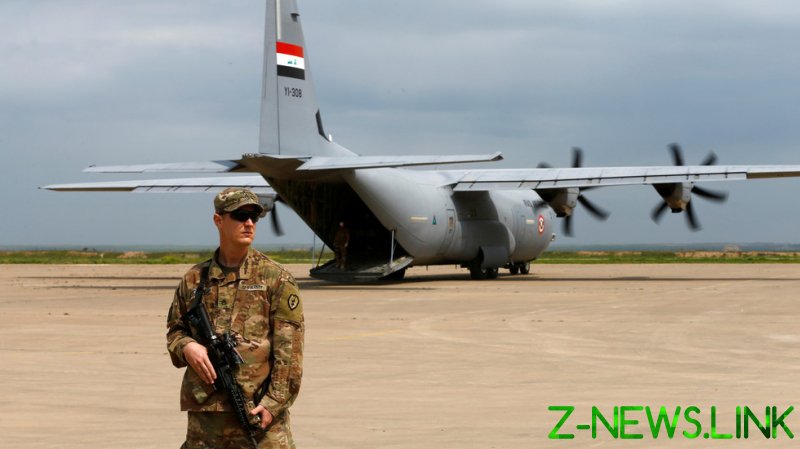 Iranian Foreign Minister Mohammad Javad Zarif’s claim that Israel was plotting attacks on US forces in Iraq in order to spark a military conflict in the region was “total nonsense,” Israel’s Energy Minister Yuval Steinitz said on Sunday. According to Steinitz, it was Israel that needed to be on guard for possible Iranian strikes.

The energy minister said Zarif’s remarks served as a “warning sign that Iran is taking aim at Israel, is looking for excuses to lash out at Israel, and therefore we need to have our finger on the pulse and be at the highest state of alert.”

Tehran has vowed retaliatory actions as the country commemorates Soleimani, commander of Iran’s elite Quds Force, who was killed one year ago today in a US drone strike near Baghdad International Airport in Iraq.

Zarif tagged US President Donald Trump in a tweet on Saturday in which he said that “new intelligence” from Iraq suggested that Israeli agents were planning to launch attacks against Americans in the country, putting the US leader “in a bind with a fake casus belli.”

He urged Trump not to fall for the “trap” and warned that “any fireworks will backfire badly.”

The top Iranian diplomat made similar claims on Thursday, but did not name the culprit behind the alleged plot.

Iran launched several missile attacks on Iraqi bases housing US troops following the assassination of Soleimani, but the Islamic Republic has stepped up its rhetoric about further retaliation on the first anniversary of his death. The United States has already pulled some diplomatic staff and military forces out of the region as a precautionary measure. Trump has signaled that he will hold Tehran responsible if “one American is killed” in Iraq.

There has already been at least one suspicious incident amid the heightened tensions. On Friday, Iraqi authorities confirmed the discovery of a naval mine found attached to the hull of an oil tanker as it departed an Iraqi port. Iraq’s semi-official Security Media Cell said that a “foreign body” was spotted on the vessel as it entered international waters in the Persian Gulf on Thursday afternoon.