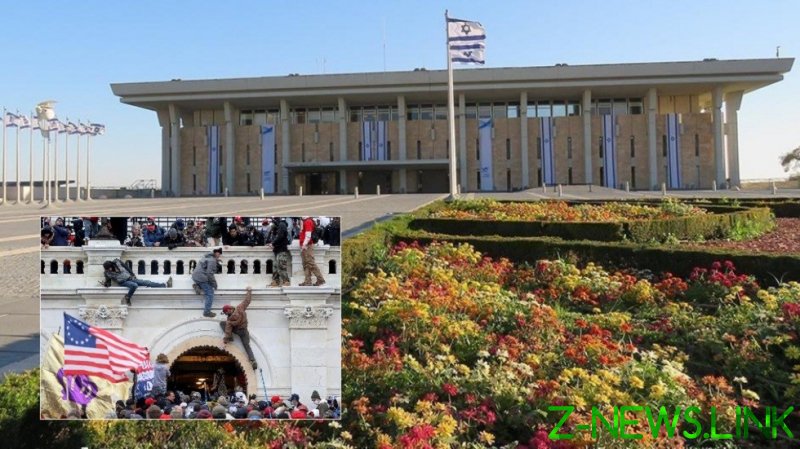 Tensions are running high as the Israelis are expected to go to the polls for the fourth time in two years on Tuesday.

The Knesset Guard and security agencies are even considering the possibility that those unhappy with the results of the vote may try attacking the Israeli legislature in West Jerusalem.

The scenario, which resembles the Capitol siege, was one of several included in the election day preparations of the security forces, Israeli Channel 13 reported.

On January 6, hundreds of supporters of Donald Trump overran the Capitol building in Washington as the US Congress met inside to certify the presidential election results in favor of his rival, Joe Biden. Five people died in the unrest, including a police officer, with hundreds of rioters later facing federal charges.

A special room will be set up inside the Knesset on Tuesday by the police, the Shin Bet security agency and the state prosecution to monitor potentially violent or inflammatory activity, according to the report.

The polls predict that the ruling Likud Party of the Prime Minister, Benjamin Netanyahu, who had been running the country since 2009, is going to win the election with 30 seats in the Knesset, beating the nearest rival by some 11 seats.

However, many in Israel are unhappy with Netanyahu, accusing him of corruption and crackdown on democracy. A March 20 rally demanding the PM’s swift resignation saw between 20,000 and 50,000 people gathering outside the Knesset walls to send that message to Netanyahu.