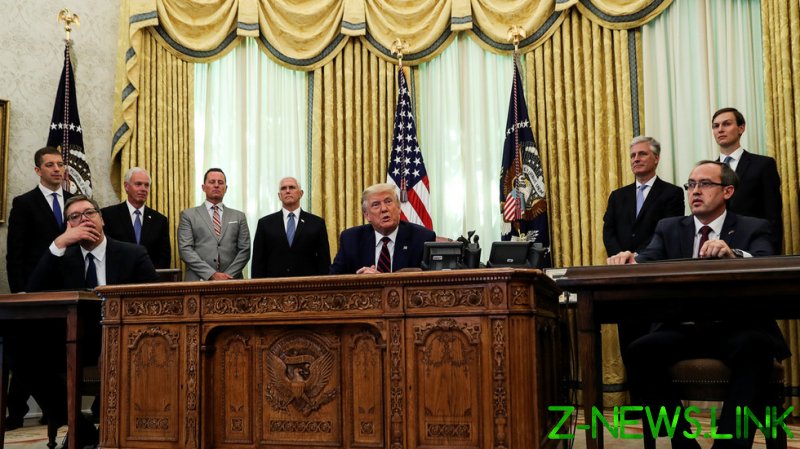 Prime Minister Benjamin Netanyahu’s press office announced his country’s recognition of Kosovo on Friday, making Israel the 98th UN member state to recognize the former Serbian province. Kosovo, in turn, will recognize Israel, becoming one of only a handful of Muslim-majority countries to do so.

The move was announced as Serbian President Aleksandar Vucic and Kosovo’s Prime Minister Avdullah Hoti met with US President Donald Trump at the White House to discuss normalizing their economic relations, two decades after a devastating conflict between them ended with a NATO bombing campaign against Serbia.

“Truly, it is historic,” Trump said, standing alongside both leaders in the Oval Office. “I look forward to going to both countries in the not too distant future.”

Additionally, Vucic agreed to move his country’s embassy in Israel from Tel Aviv to Jerusalem, Trump said. The president relocated the US embassy to Jerusalem in 2018 – a move that angered Palestinians, who claim the city as their capital and consider the Israeli presence there an occupation.

Last month, Trump mediated a deal between Israel and the United Arab Emirates that saw the UAE drop its decades-long boycott against Israel in exchange for a halt on the construction of Israeli settlements in the Palestinian West Bank.

As the first direct flight between Israel and the UAE took off at the end of August, Netanyahu hinted at “many more” deals to come between Muslim states and Israel. Trump made a similar claim on Friday, boasting that “more Islamic and Arab nations will follow soon!”