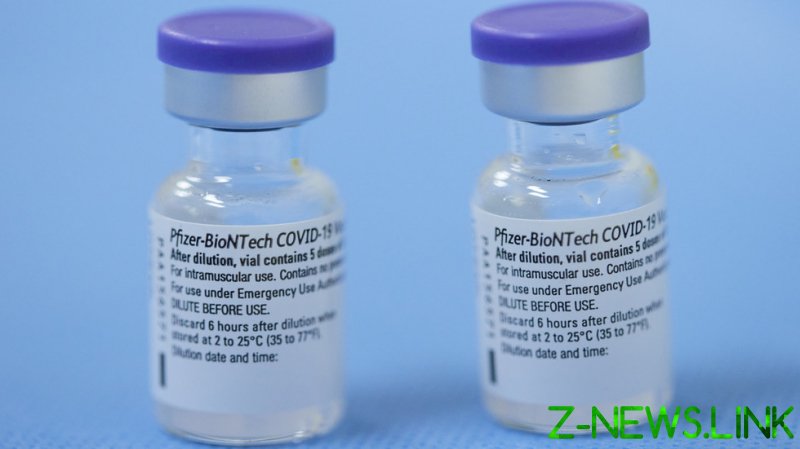 “We have contacts with another country that I hope will come to fruition in the next few days,” Israeli health minister Nitzan Horowitz told local Channel 13 News on Sunday.

The health minister didn’t name the country in question, saying that it could undermine the ongoing negotiations on the vaccine swap.

Israel, which has fully vaccinated more than half of its population, has around 1.4 million doses of Pfizer/BioNTech vaccine against Covid-19 that are set to expire by the end of this month. Tel Aviv plans to use about 600,000 of them to vaccinate children aged 12-15, while the other 800,000 doses are left in limbo.

The Jewish State doesn’t want to throw away jabs worth millions of dollars, instead offering to exchange them for a future delivery slated for another country.

Such a deal was offered to the Palestinian Authority (PA) in mid-June, with the first shipment of Israeli doses even arriving in the West Bank. But Ramallah cancelled the deal and sent the jabs back, saying that the “their expiry date was too close.” The news of the deal prompted backlash among Palestinians, triggering calls to investigate the officials responsible who okayed the swap.

Earlier this week, reports in the Israeli and British media claimed that Israel and the UK were negotiating a vaccine exchange. The sides were allegedly eager to find common ground, but the deal fell through due to unspecified technical issues.

The office of new Israeli Prime Minister, Naftali Bennett, said on Sunday that the PM spoke with Pfizer CEO, Albert Bourla, several times over the past few days, discussing the possibility of swapping the expiring jabs with other nations. The two were “maintaining continuous telephone contact” and were working to address Israeli vaccine conundrum, it assured.