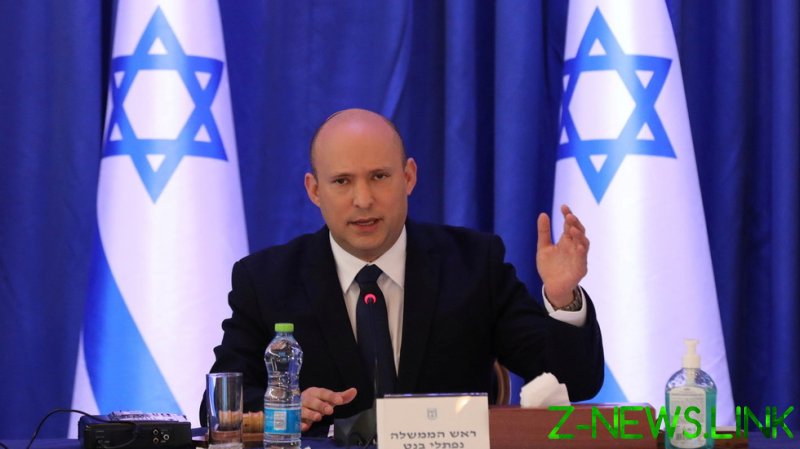 Perhaps the most positive sign since the inauguration of Iran’s new President Ebrahim Raisi, came on Sunday with a new IAEA-Iran agreement. Following a snap visit by the head of the International Atomic Energy Agency (IAEA), Rafael Mariano Grossi, Tehran agreed to allow the watchdog group to service cameras monitoring Iran’s nuclear facilities.

This step sparked speculation that Iran was posturing towards renewing talks with international partners to re-enter the nuclear deal. However the positive energy was quickly skewered by Israel’s Minister of Defense, Benny Gantz, who delivered a speech the same day claiming that, “Terrorists from Yemen, Iraq, Syria and Lebanon are receiving training on how to operate Iran-made drones in the Kashan Base north of Isfahan. Kashan is leading Iran’s export of aerial terrorism in the region.”

On Saturday, according to Kurdish Security Forces in Northern Iraq, drone strikes had targeted Erbil airport, a site which hosts US forces. Drone attacks of this nature earlier this year sparked two separate US attacks on the Iraqi Popular Mobilisation Units (PMU) in both Iraq and Syria. Although no evidence has been brought to bear as to who was behind the various drone strikes on US forces, US media and the Biden administration have regularly blamed the Iranian-backed PMU.

The PMU, which is an active part of Iraq’s official security apparatus, came under attack for the third time this year, on Tuesday, from precision airstrikes near Abu Kamal, located at the Syria-Iraq border. Despite Sabareen News, a media agency closely associated with the PMU, originally speculating about US involvement in the attack, the US military quickly denied it. This then led to further allegations against Israel, that they had committed the strikes. If the Israeli air force did commit the strikes, then they most likely could have done so from SDF-occupied North Eastern Syria or through using Jordanian airspace.

Successive Israeli administrations have now sought to permanently kill the Obama-era Iran Nuclear Deal, or JCPOA, and have done so whilst fear-mongering over Iran’s alleged strides towards a nuclear weapon.

Late last month US President Joe Biden stated, during a meeting with Israeli Premier Naftali Bennet, that if diplomatic efforts fail to stop Iran from pursuing a nuclear weapon, then the US was prepared to turn to “other options.” Bennet just last Friday issued an urgent call to confront Iran’s uranium enrichment surge.

In reality, Israel, along with elements of the Biden administration who oppose the re-establishment of the JCPOA, does not care greatly about the non-existent – as far as proof goes – alleged nuclear weapons program. In reality, the US and Israeli establishments do not even oppose a nuclear deal altogether, so long it is renegotiated. The number one item on the agenda for both the Israeli government and the hardliners in Biden’s administration is ending Iran’s strategic regional alliances. An additional priority for them is ending Iran’s ongoing development of attack drones and short- to long-range missiles.

The biggest strategic threat to Israeli and US regional hegemony are the alliances between Iran and its Middle Eastern allies. The PMU in Iraq, Hamas and Islamic Jihad in Gaza, Ansarallah in Yemen, the government of Syria and the Hezbollah in Lebanon are some of the biggest threats to the United States military domination in the region, and an existential threat to Israel. Iran backs all of the above and through them is able to apply pressure on the US and Israel.

The reason why Iran has dramatically increased its uranium stockpile, enriched to 60%, as was noted in a recent IAEA report, is in large part a reaction to this April’s sabotage operation at Iran’s Natanz nuclear site. This, in addition to the assassination of Iran’s top nuclear scientist, Mohsen Fakhrizadeh, in November of last year. Both attacks have been blamed on Israel.

For Iran to simply stop enrichment of uranium is not enough for the US and especially Israel, because the real conditions for stable relations between Tehran and Western capitals are for it to completely back down regionally. Iran, however, knows that its alliances are what enable it to command respect from its enemies and hence deter them from launching military aggression. The end result of any US or Israeli attack on Iran would result in a regional war and this is largely what prevents any attempt for a Western regime-change offensive.

Because an all out regime-change operation is off of the table, at least for now, sanctions are the weapon of choice utilised by the United States government, in order to force Iran into making concessions on its weapons programs and regional alliances. So, all the fearmongering recently featured in the likes of the New York Times and from Western leaders, about Iran’s pursuit of a nuclear bomb is all for propaganda effect.

Despite President Biden promising the American people that he would re-establish the JCPOA, he has instead kept Donald Trump’s maximum pressure sanctions campaign in full force. The sanctions are designed to economically weaken Iran, targeting its civilian population in the hope that their deteriorating standards of living will force them to pressurise their government. So far this tactic has not worked, however, the Israeli government is determined to use every trick possible to keep its foot, and that of America’s, on Tehran’s neck.