Home / WORLD / ‘Israel is not a country, but a terrorist camp,’ Iran’s leader Khamenei says

‘Israel is not a country, but a terrorist camp,’ Iran’s leader Khamenei says 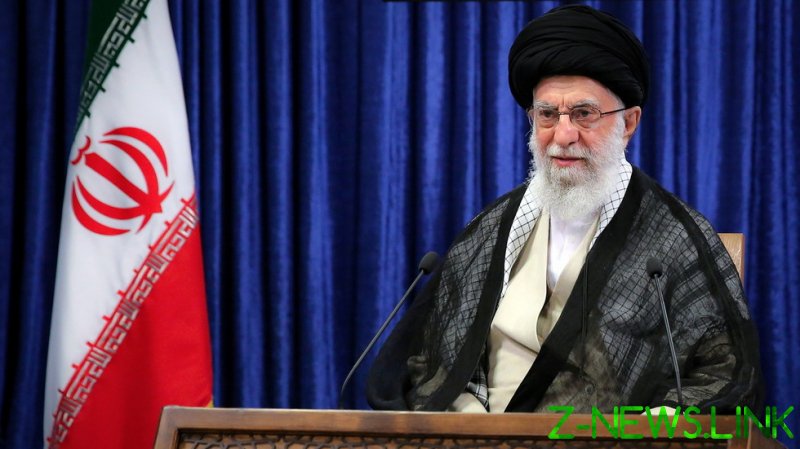 Israel has “turned occupied Palestine into a base for terrorism,” Khamenei tweeted.

“Israel isn’t a county; it’s a #TerroristCamp against Palestinians & other Muslim nations,” he wrote, adding that it was “everyone’s responsibility” to fight against it.

Khamenei made his comments on the so-called Quds Day, an annual day designated by Iran to mark support for the Palestinian independence movement.

In follow-up tweets, the Iranian leader urged Palestinians living in East Jerusalem, the West Bank and in Gaza to “form a single unit” and “use the tools at their disposal” against Israel despite Tel Aviv signing normalization agreements with several Arab countries last year.

Khamenei said that Palestinians must demand a referendum, during which “original residents” of all ethnicities and religions will vote on a new “political system.”

Iran previously blamed Israel for a major blackout on its chief nuclear site in Natanz in April. Officials in Tehran often accuse Tel Aviv of carrying out acts of sabotage and assassinations on Iranian soil.

Israel says that Iran uses Palestinians and its proxies in Syria to attack Israeli citizens. Israeli Prime Minister Benjamin Netanyahu claimed that Iran was behind the February explosion on board Israeli-owned cargo vessel MV Helios Ray, which occurred as the ship was sailing in the Gulf of Oman.