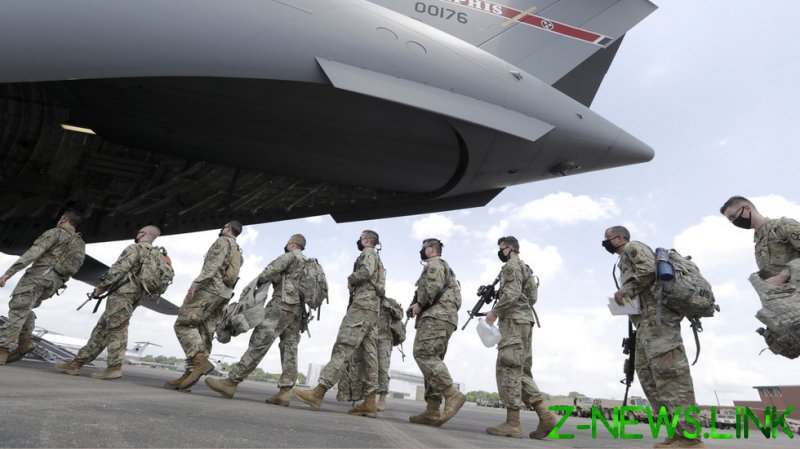 No Americans were killed in a recent Iranian missile strike in northern Iraq, but the top US general in the Middle East said Friday he was concerned how long that will remain the case as Tehran and Tel Aviv keep targeting each other.

“I do worry about these exchanges between Iran and Israel, because many times our forces are at risk, whether in Iraq or in Syria. So that, in fact, does concern me,” Marine General Frank McKenzie told reporters at the Pentagon.

McKenzie has spent almost four years in charge of the US Central Command, overseeing last August’s pullout from Afghanistan as well as drone strikes and raids targeting Islamic State (IS, formerly ISIS) terrorists in Syria and Iraq. He expected Friday to be his final press briefing, with Army General Erik Kurilla due to take over command soon.

“My central problem in my three years of command was Iran,” said McKenzie, noting that there were “other huge problems” as well, but the CENTCOM headquarters mainly “focused on the Iranian problem and everything attendant to that.”

McKenzie blamed Tehran, directly or indirectly, for multiple attacks on US bases in the region over the past six months, crediting “very good action on the part of commanders on the ground” for the fact no troops were killed. “Had US casualties occurred, I think we might be in a very different place right now,” he said of the most recent incident, when Iranian missiles struck near a US consulate in Erbil.

Iran’s Islamic Revolutionary Guards Corps (IRGC) said last Sunday that it had launched a volley of precision missiles at “the Zionists’ strategic center of plotting and evil” the night before, in reprisal for the deaths of two IRGC officers in an Israeli airstrike in Syria.

Even before the IRGC announcement, Washington said that the strike had not been targeting the nearby US consulate in the northern Iraqi city. While Iraqi Shia militias – which Washington considers Iranian-backed – have allegedly launched rockets at US bases in the country for months, this was the first instance of Tehran directly attacking Israeli assets in Iraq in reprisal for Tel Aviv’s ongoing strikes in Syria. Iran has aided the government in Damascus against both IS terrorists and those allied with Al-Qaeda.

Iran also targeted US forces directly in January 2020, after the US drone strike assassinated IRGC General Qassem Soleimani outside the Baghdad airport. Reports at the time said Tehran had sent advance warning of the strikes, which allowed US troops to seek shelter and resulted in no deaths.

Almost 20 years after the 2003 invasion, the US continues to maintain a troop presence in Iraq in what it says is an “advisory” role to the government in Baghdad.