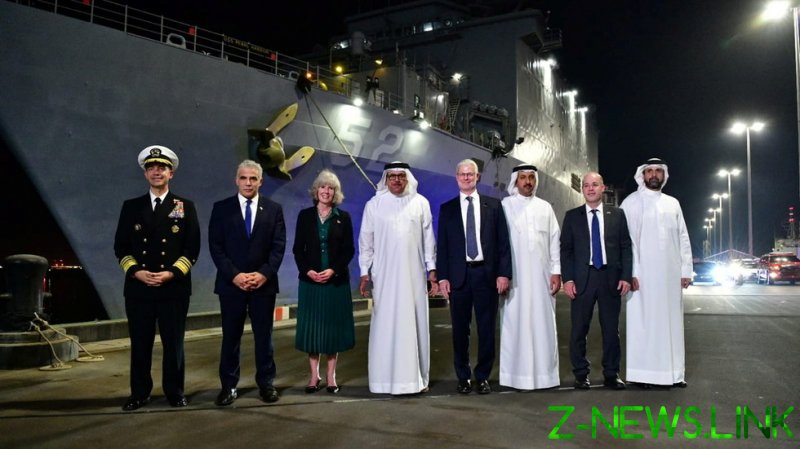 The military exercise began on Wednesday, as confirmed by the US Fifth Fleet, which is also participating in the five-day show of force in the Red Sea. The joint drills come a little over a year after the Trump administration-brokered Abraham Accords, which saw Israel normalize relations with the United Arab Emirates and Bahrain. The agreement represented a break with tradition in the region, as most Arab nations have refused to formally recognize the State of Israel until the Israeli-Palestinian conflict is settled.

Commenting on the ongoing drills in the Red Sea, the US Naval Forces Central Command (NAVCENT) singled out the enhancement of interoperability as its main goal. “Maritime collaboration helps safeguard freedom of navigation and the free flow of trade, which are essential to regional security and stability,” said NAVCENT commander Vice Admiral Brad Cooper.

However, while not stated anywhere explicitly, the Israeli media was quick to surmise that the drills are also meant as a warning to Iran. The exercise comes at a time when tensions between the two sworn enemies in the region, Israel and Iran, have come dangerously close to an all-out military conflict.

Back in March, an Iranian container ship was targeted in the Mediterranean Sea, with Tehran pointing the finger at Israel. A few months later, an oil tanker linked to an Israeli billionaire came under attack off the coast of Oman, and Israeli officials laid the blame at Iran’s door.

These two and several other incidents have seen both sides openly talk of the possibility of a direct military conflict flaring up. The US, in the meantime, has doubled down on its support for the Jewish state and beefed up its military presence in the Persian Gulf and the Strait of Hormuz. Iran, in turn, has slammed the increased Israeli and American bravado in the region as “provocative.”