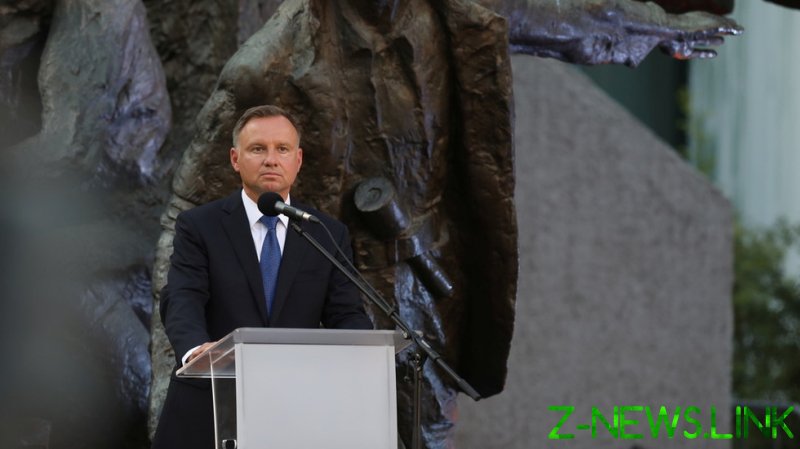 The law was approved by Duda on Saturday, and sets a 30-year statute of limitations on property claims against the state. Duda told Polish news agency PAP that he hoped the law would put an end to false claims by “reprivatization mafias,” and would close off an era of “legal chaos.”

The law made its way through Poland’s parliament in the face of vocal opposition from the United States and Israel, incensed that it would deny the families of Holocaust victims from reclaiming property taken during World War II. However, Polish Prime Minister Mateusz Morawiecki has previously said that Poland “won’t pay for Germany’s crimes,” while Duda has rejected the accusation that the law is aimed solely at Holocaust victims.

Poland’s then-large Jewish community was almost completely eradicated during WWII as the German Nazi Party organized the massacre of around six million European Jews in the Holocaust. However, property seizures from Jews and gentiles alike also took place during the decades of communist rule that followed, and restitution claims from victims of communism will also be dismissed under the new law.

Israeli Prime Minister Naftali Bennett was livid. “This is a shameful decision and shows disgraceful contempt for the memory of the Holocaust,” he tweeted. “This is a serious step that Israel will not accept in good faith.” Foreign Minister Yair Lapid also announced that he would recall his country’s ambassador to Poland and instruct the incoming ambassador slated to replace him to remain in Israel, the Jerusalem Post reported.

“Poland has become an antidemocratic, non-liberal country that does not respect the greatest tragedy in human history,” Lapid stated.

Throughout his six years in office, Duda has outright rejected any accusations of his country’s complicity in the Holocaust. His PiS party sparked controversy in 2018 when it introduced a law criminalizing any suggestion that Poland had aided in the massacre of Jews. However, the law was eventually watered down, following intense criticism from the US and Israel.